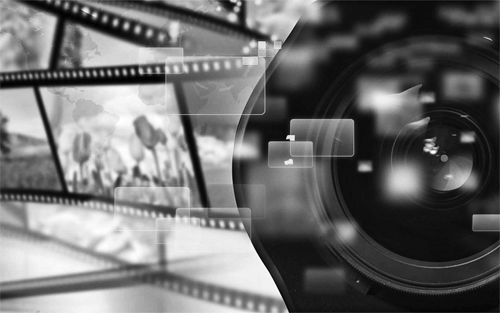 The Zee promoter group’s surprise move to divest up to a half of its stake to a strategic partner has the market perplexed.

Though the larger reason seems to be the company’s ambition to be at par with global media players and cater to the global audience, analysts are not entirely dismissing the issue of high leverage and high pledging at the promoter entity.

Reflecting the market confusion, the shares of Zee Entertainment Enterprises (ZEEL) saw volatile trade on Wednesday, ending 0.90 per cent lower at Rs 434.25 on the BSE.  The stock opened higher at Rs 441.50, dipped to Rs 420.30 before rising to intra-day high of Rs 470, and finally ending lower.

“Though it’s a personal decision (of the promoters)?the market has taken it as a negative, said AP Shukla, president, Joindre Capital Services. “But it could be a positive move as the promoters have global ambitions and already, they have presence in 173 countries.”

ZEEL promoters had on Tuesday said they intent to sell/divest up to 50 per cent of their holdings in the company to a strategic partner to pursue disruptive technological development and transform the business into a tech-media company.

The company organised a conference call on Wednesday with investors to clear the air on the move. At the con-call the management also indicated that it has received interest from technology companies for the stake. The company expects at least binding offers to come in and binding deals to happen in the next six months, Punit Goenka, managing director and chief executive officer at Zee Entertainment, said. The promoter Essel Group is looking at an equal strategic partnership at this stage, he said.

Abneesh Roy and Prateek Barsagade, analysts at Edelweiss Securities, said, “We believe, this decision will be beneficial for the business (ZEE5 in particular) in the long term if Zee partners with a strong global media/tech player. But, in the medium-term, the deal progression and news flow will drive the stock price.

“One of the key reasons for this sale is Zee’s intent to be at par with other global media players in the coming years, particularly in terms of media technology. Moreover, this decision identifies and addresses the issues of high leverage at the promoter group, which has been a key investor concern. Currently, the proposed deal is in early stages; however, the buyer, in our view, may get a higher stake in ZEE5.”

The Edelweiss analysts said,  “Company always wanted to get into international markets; believe this is the right step. Move is purely strategic–promoter group deleveraging will be a by-product,” was one of the key takeaways during the conference call.

Zee plans to bring down pledged shares, a process that has started six months ago. Exits in infrastructure businesses will help it raise around Rs 8,000 crore in taking care of the pledging issues of promoters.

“The company has been receiving proposals from several parties over the past few months—Zee is an attractive asset, but management wants to catapult the business beyond the South-Asian diaspora,” was another key takeaways from the conference call.

“The move will transform the company into a media tech entity with lines blurring among tech, media and telecom businesses at a rapid pace and is open to US internet companies, Chinese internet companies as well as global media conglomerates who bring the right technology to the table,” the Zee management said.

Choksey felt that Chandra is planning to take a big step and moving in the direction of Netflix and Amazon Prime. “We remain positive and will be carefully watching the announcements coming? It appears that Zee Group has got the whole plan in place before making an announcement through the stock exchange.”

About  the company’s global ambitions, Goenka said, the company is refocusing its content for global audiences in several markets. “We believe that we need certain strategic interventions when it comes to leveraging on a strong partner to get our reach beyond our current 1.3 billion viewers. We believe that a strategic partner can add the technology reforms to our platform to take it to the next level of growth. If we were to do it on our own, it would take us much longer.”

To a query if the interested partners were from the US or Europe, Goenka said, “Europe, the U.S. and even China is a big market which is still untapped by us. So, it could be anywhere.”

Goenka also said, “At this stage, we are looking at an equal partnership, given that we have managed to build the business to this level on our own. I would expect any strategic partner to show us that respect, that we are capable of addressing the South Asian market in a manner that we can continuously expand. The value which they add to us to take us beyond the South Asia.”

He said the technology part of the business is done by its step-down subsidiary, Zee5, and “the promoter may choose to bring capital back into the business or we can dilute down to subsidiary level giving higher control to the strategic player through a step-down approach.”

He said even to bring a partner into Zee5, the first step would be to have the partner in ZEEL. “Zee5’s dependence on content is largely through Zee. Therefore, the times that the strategic partner at Zee5 level would want, it is easier for us to bring someone at Zee level who buys the story of Zee5 along with Zee Entertainment,” he said.