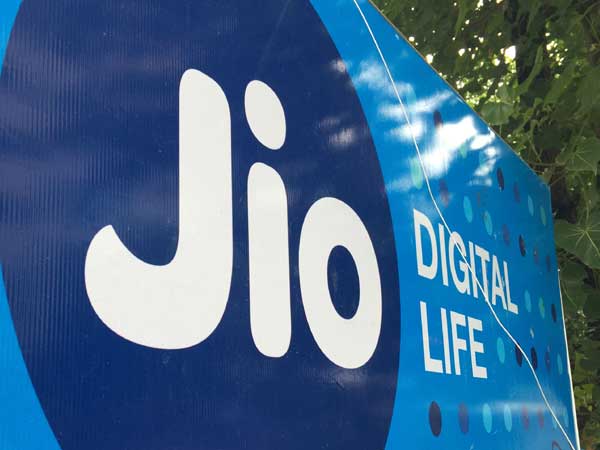 Jio begins war preparations for 5G launch in 2020, in talks with vendors for assembling handsets

Taking yet another first-move step, Reliance Jio is drawing up plans to bundle its own 5G handsets with 5G services by April next year for which it is already in discussion with vendors for assembling the phones, sources in the knowledge of the development said.

Once spectrum auction happens in July this year and eco-systems are in place for services thereafter and testing of equipment is over, then Jio would be ready to roll out 5G services in the country by April next year, said the sources, adding there would be simultaneous launch of its 5G handsets at that time as well so that customers don't face problems in buying handsets or experiencing Jio’s high speed 5G services. The company is expected to extend disruption in 5G handset and services as well, sources said.

This will be slightly different than what Jio had done when it launched 4G services in 2016 September while 4G handsets it launched much later. They will replicate their 4G mobile services and feature phone model in 5G as well but the service and handset will be together, said a source.

Not just 5G handsets, Jio is in a position to launch its 5G services ahead of others because the Mukesh Ambani company will be able to start the 5G services within 6-8 months of auction — early next year of 2020 in April because it already has a 5G ready LTE network with pan India fibre spread, sources said adding if the spectrum auction takes place in June-July this year as DoT secretary Aruna Sundararajan has said, Jio is best placed to start equipment testing after auction by January next year supposing all ecosystems are in panned out then. Analysts believe the company may become India’s leading telco by 2021, surpassing all its rivals. And if its chairman Mukesh Ambani’s latest indication to go by, not soon the low tariffs are going to be away from Jio’s plans and strategies meaning the onslaught on tariffs continued and extended to 5G services as well at the time of launch.

At the time of going to the press, the company had not responded to FC’s queries.

As and when Jio brings out its own 5G handsets similar to its planned launch of 4G handsets after lau?n?c?h?ing 4G service, it wi?ll give tough competition not just to the mobile services company but also to the local and Korean and Chinese vendors whose 5G handsets are expected to be at the higher end of the price tags, at least in the initial years of 5G se?r?v?ices. We are looking at a market situation of spectrum auction in June this year as announced by the telecom secretary and 5G te?s?ting of equipment and technology happening concurrently aro?u?nd this and services by telcos co?mi?ng out in different times of 2020.

The year 2019 is likely to see a major revolution in the smartphone industry. Nothing but 5G is what will be setting trends in the smartphone markets next year. Leading smart phone makers -- Nokia, Oppo, Lenovo, LG, OnePlus, Samsung, HTC, Xiaomi, Asus, Vivo, HMD Global none of the vendors have publicly announced prices of their upcoming 5G handsets, industry watchers say it will not start below Rs 25000 with basic 5G speed of no latency at least in initial years and can go up to Rs 55000 onwards for basic models.

An senior executive of Chinese brand said this is here Jio may score over other handsets makers with a steep cut in price in its 5G models where may be one minor feature would be absent vis-a-vis big brands, but to the mass usage, a movie download in less than 5 minutes with a cost effective handset will be far better proposition than a costly handset in a price sensitive market like India.

Along with its highly affordable 4G mobile services Jio also launched its own 4G brand feature phone at equally competitive prices giving tough challenge to the home grown and foreign brands and since then its has upped its device strategy and is working with its partners to bring in affordable large screen smartphones that can cater to large mass of customers who aspire to upgrade from feature phones to own such a 4G device.

Jio as an OEM assembler is already present since its 4G feature phone days and has already started to work with some of the local and multinational vendors for 5G devices; sources said who did not want to be identified.

Reliance Jio entered the Indian telecom market in September 2016. In a little over two years, the company has managed to become the country’s third largest telecom operator with over 250 million subscribers, last year it finally unveiled its GigaFiber broadband service, launched the JioPhone 2, and tied up with various companies to bolster its digital content portfolio.