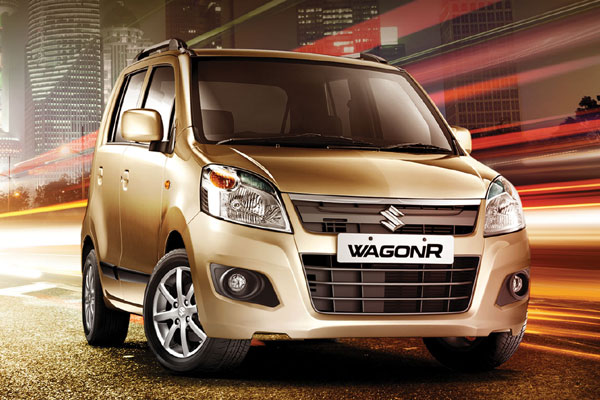 WagonR is the company’s third model to achieve this sales feat after Maruti 800 and Alto.

Launched in 1999, the WagonR is one of the best-selling vehicles in India. It has nearly always featured on the monthly list of top 10 best-selling cars in the country for the last 10 years.

The WagonR sold 14,571 units in August 2017 compared to 13,907 during August last year, according to Society of Indian Automobile Manufacturers or Siam, the apex trade lobby.

This has made the Maruti Suzuki WagonR the third model in the company stable after Maruti Suzuki Alto 800 and Alto K10 to reach this sales figure.

The popular WagonR crossed its first million sales in 2011, nearly 133 months after its launch in the country. However, it managed to scale the next million in just 79 months.

While the WagonR is priced between Rs 4.14 lakh and Rs 5.34 lakh, its rival Alto starts at Rs 3.70 lakh and goes up to Rs 3.34 lakh at Delhi showroom. Both the cars cater to the different segment and buyers.

In order to push up sales, the company also progressively introduced features such as dual airbags, multiple fuel options, antilock braking system (ABS), premium interiors and the much in demand auto gear shift in WagonR.

“Since its inception, WagonR has been ahead of its peers. Its comfort seating, spacious interiors, superior fuel efficiency, practicality and pleasure of driving have made it a popular choice,” R S Kalsi, senior executive director, marketing and sales at Maruti Suzuki.

To keep it strong, the company has systematically upgraded the brand with new design and features over the years, he pointed out.

“Needless to say, WagonR has continued to top the sales chart. Despite intensified competition in the small car space, WagonR continues to be the preferred choice of the practical car buyers,” Kalsi said.

While the WagonR with auto gear shift transmission accounts for around 16 per cent of the sales, the CNG options account for over 20 per cent sales. The WagonR was the first model in the company's portfolio which got a tall boy design and dual fuel options, petrol and LPG.

Later, the company introduced the WagonR with CNG kit and the LPG versions were discontinued.