The Seltos is packed to the brim with features and we take a look at the ones inside the cabin, that will make your journey more pleasant. 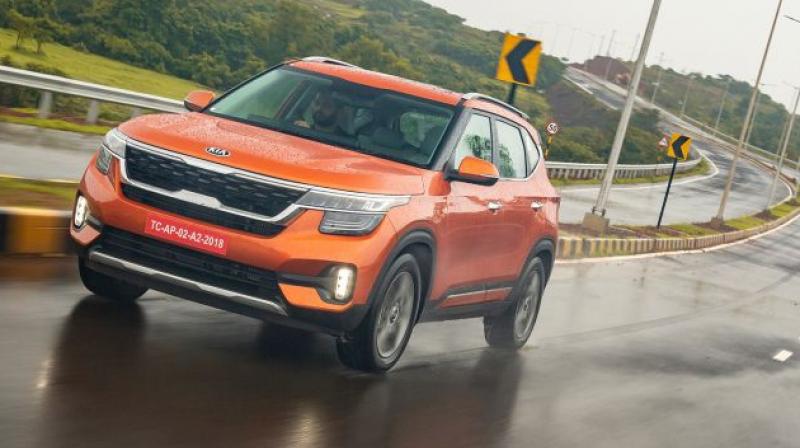 The Seltos comes with an air purifier with in built perfume infuser.

The Kia Seltos, which is set to be launched on August 22, is a compact SUV that will go up against the likes of Hyundai Creta, Renault Duster, Nissan Kicks and the lot in the compact SUV segment. The Seltos will be offered in two trim levels - Tech Line and GT Line.

Inside the cabin, the GT Line is separated from the Tech Line by red contrast stitching on the steering wheel, dual-tone seats, GT Line badging and different seat cover pattern. Additionally, the GT Line can also be specced with an all-black interior that accentuates the sporty character of this trim. The GT Line trim also gets metal finished pedals.

There are also feature differences between the two - the GT Line is the better equipped of the two. Over the Tech Line, it gets side and curtain airbags, a 360-degree camera, blind view monitor system (the system relays side camera feed to the 7-inch MID when indicators are activated), a head-up display and cruise control. 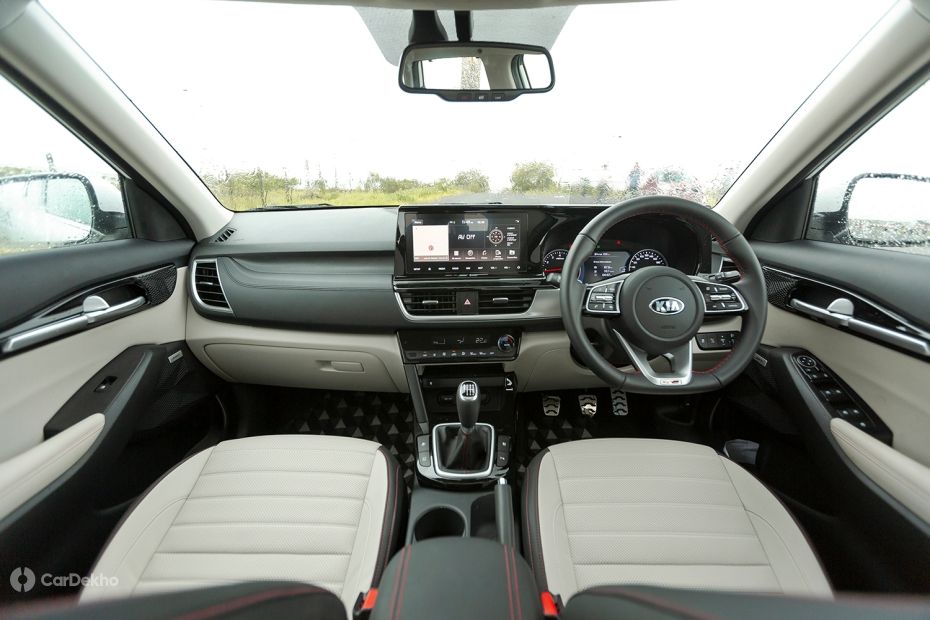 The Seltos features a dual-tone dashboard with the upper half finished in black and the lower half finished in white. Th GT Line also gets an optional all-black cabin option. The 10.25-inch touchscreen looks like it is floating on the dashboard and is an extension of the instrument cluster - giving it a Mercedes-Benz kind of look. 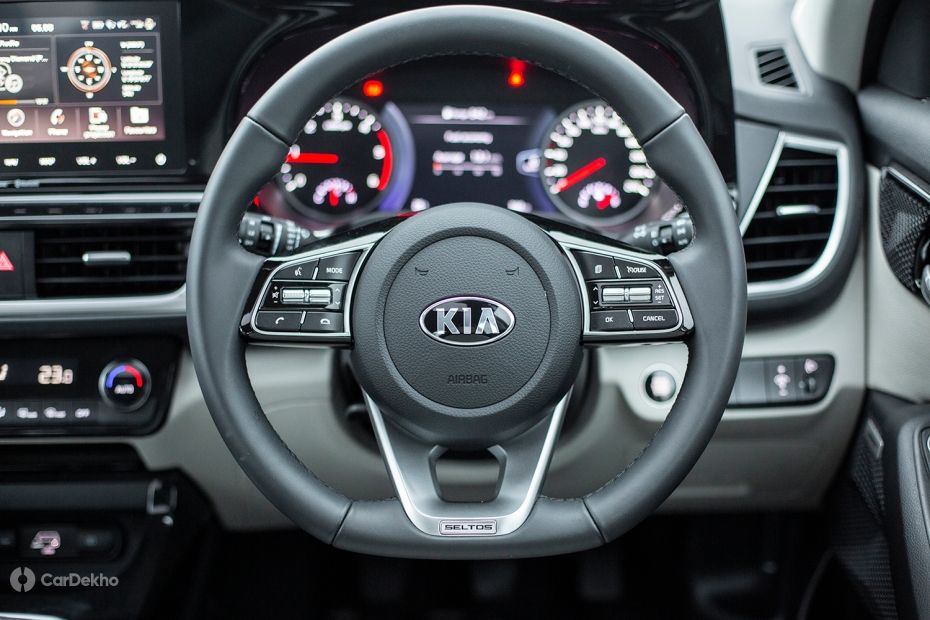 The Seltos features a flat-bottom steering wheel that looks sporty. It has a plethora of buttons that help control the audio system, instrument cluster, MID and cruise control. In the GT Line, the steering wheel gets red stitching and ‘GT Line’ badging at the bottom, whereas the Tech Line gets Seltos badging. 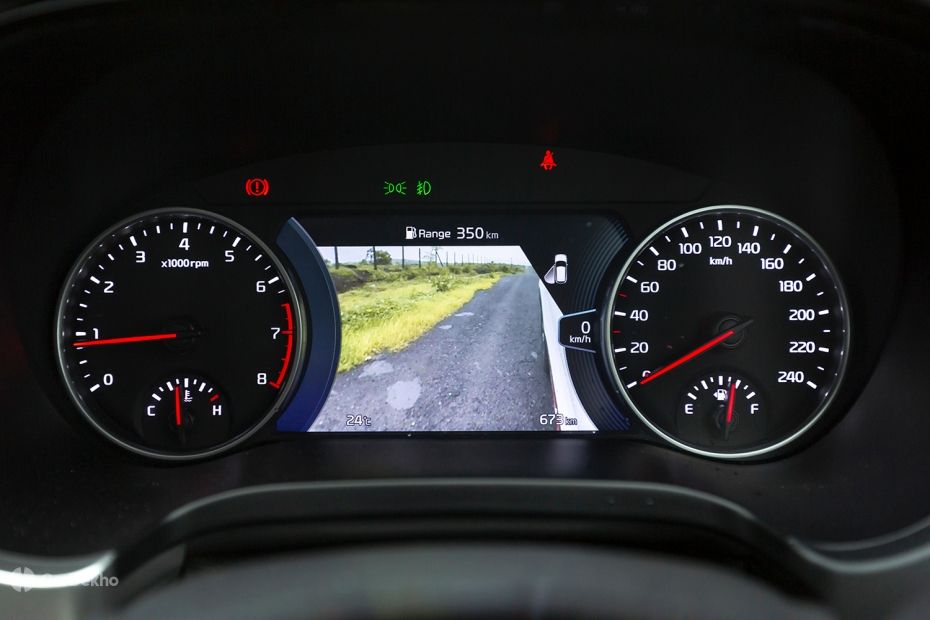 The Seltos gets an analogue speedometer and tachometer. Thankfully, it doesn’t look outdated when compared to digital screens offered in most modern cars as it gets a fancy full-colour 7-inch MID in the middle. The screen can be toggled back and forth to display all the relevant information. 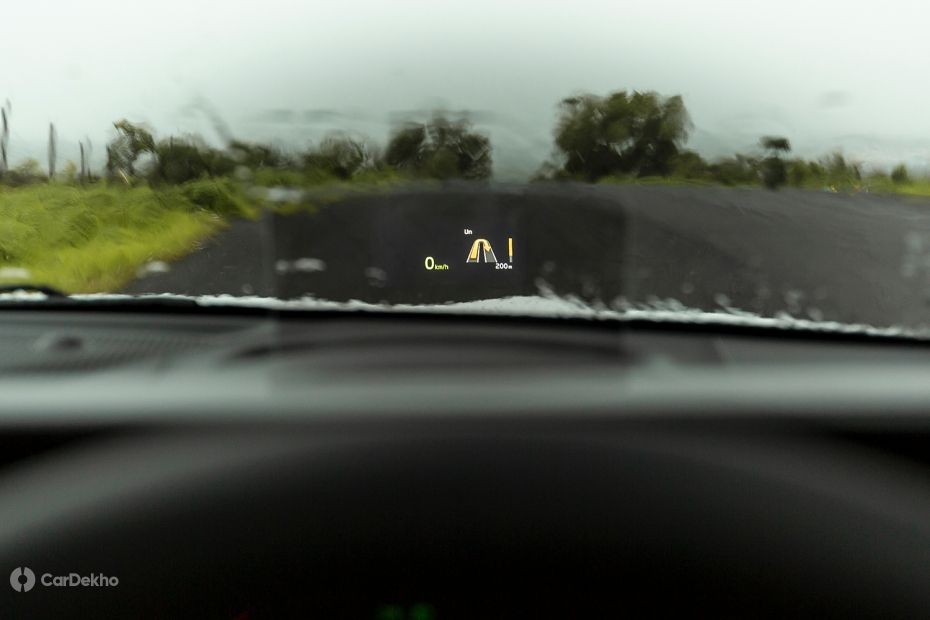 The Seltos  also features a first-in-segment Head-up Display (HUD) that displays important information like speed and navigation. Thus, the driver does not have to take their eyes off the road to get this information. It is only available with the GT Line trim, though. 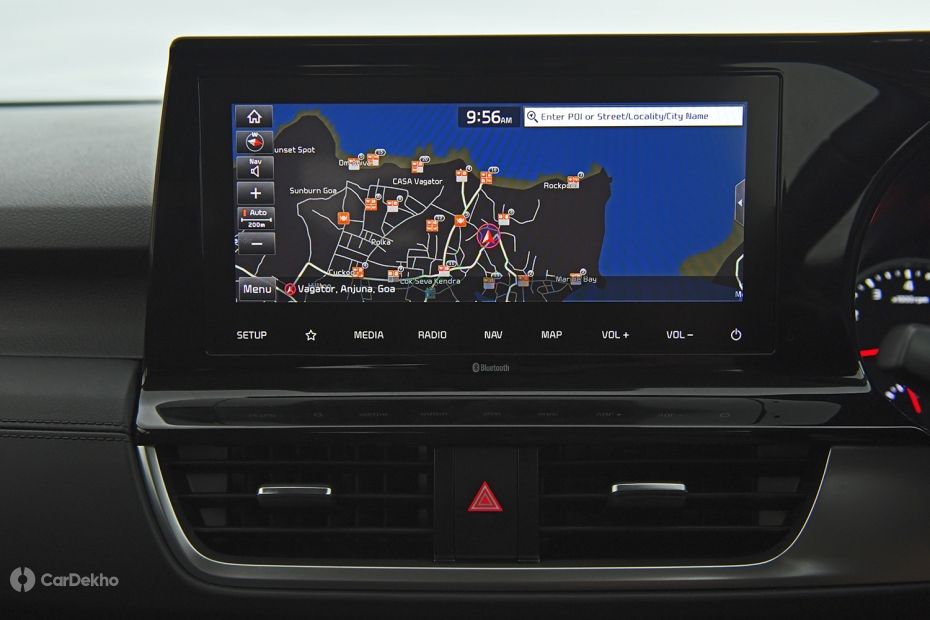 The huge 10.25-inch touchscreen comes with the UVO Connect system, which is Kia’s version of connected car technology. It will be complemented with an 8-speaker 400W Bose sound system in the higher variants of both the GT and Tech Line trim. Apart from the audio controls, the touchscreen also houses the controls for the AC and other vehicle features. 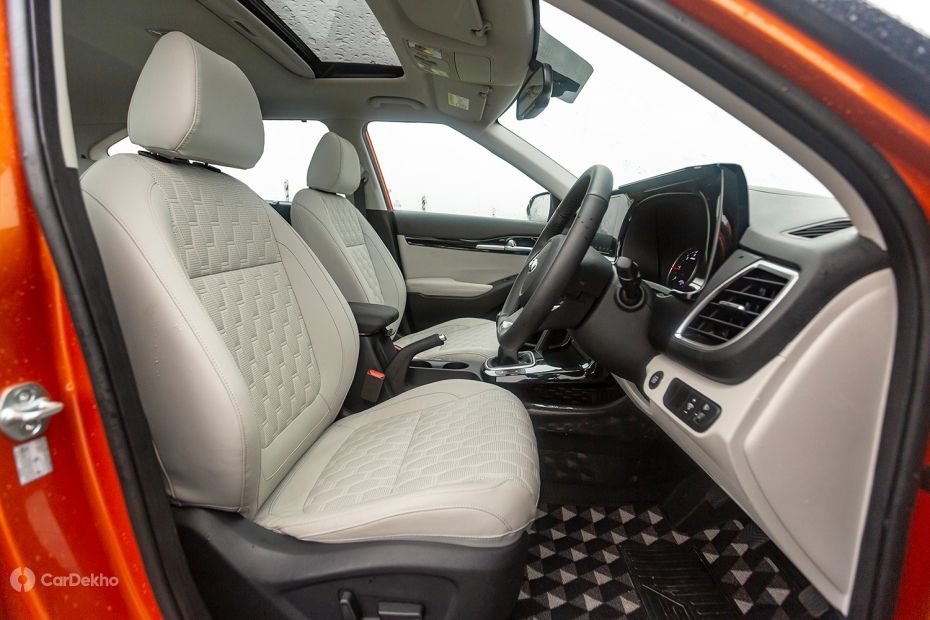 The seats of the Seltos have decent padding and are bolstered on the sides to keep the passengers firmly in place. The Tech Line trim features a hexagonal pattern and are finished in off-white. The seats of the GT Line trim have horizontal lines running across them and feature a dual-tone colour scheme (black and off-white) and red stitching. The seats also have three levels of ventilation. The driver’s seat is electrically adjustable.

Kia has also thrown in an air purifier in the mix along with the option of a perfume diffuser. You can read the quality of the air you are breathing while the unit works on purifying it. You can also control the air purifier through the UVO connect app as well as the infotainment system. Rear passengers also get their own vents, albeit with no blower control. 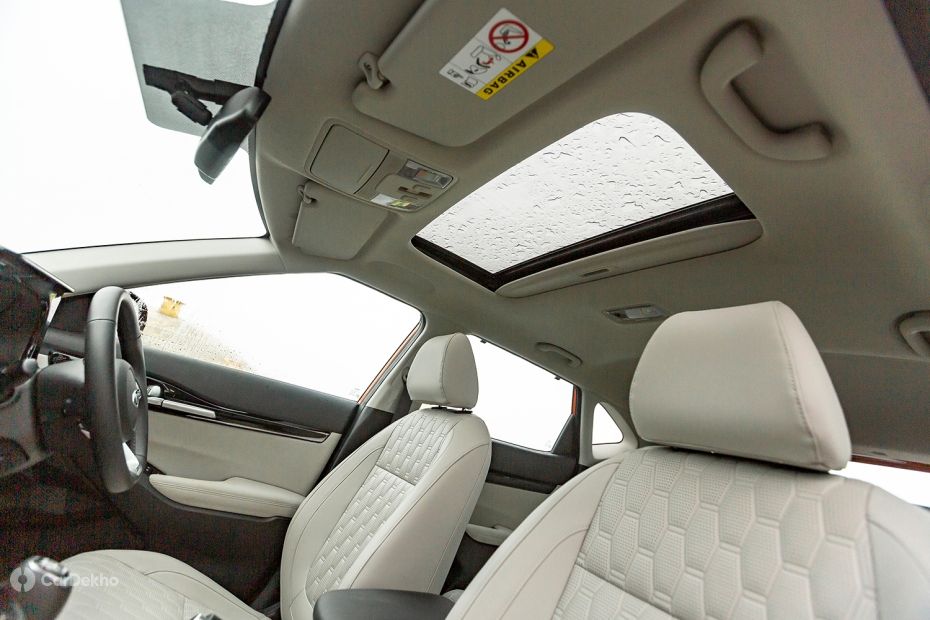 The Seltos will come with a sunroof that makes the cabin feel more airy, especially in the GT Line trim with the all-black cabin. Alas, it is not a panoramic one. 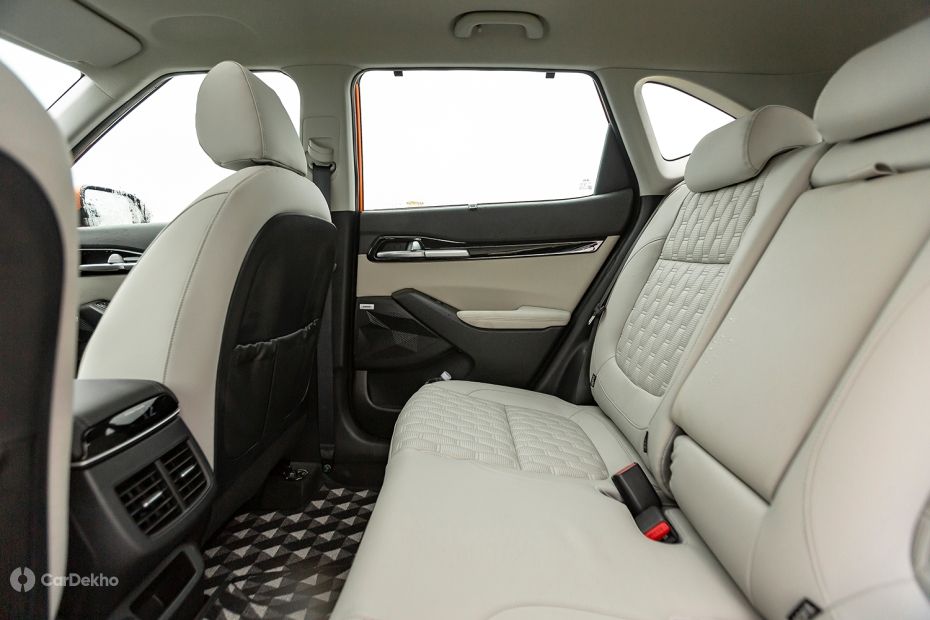 The rear passenger windows come with a manual sunshade, a boon on sunny days and it also helps maintain privacy.

The front and rear passengers have access to armrests. The front armrest comes with storage underneath while the rear armrest houses two cup holders.

The rear seat gets an adjustable headrest for all three passengers. However, the middle seat does not get a 3-point seatbelt.

The Kia Seltos comes with 433 litres of boot space, second-best among the competition after the Renault Duster.

Also Read:Kia Seltos GT Line vs HT Line In Pictures: Which One To Pick?