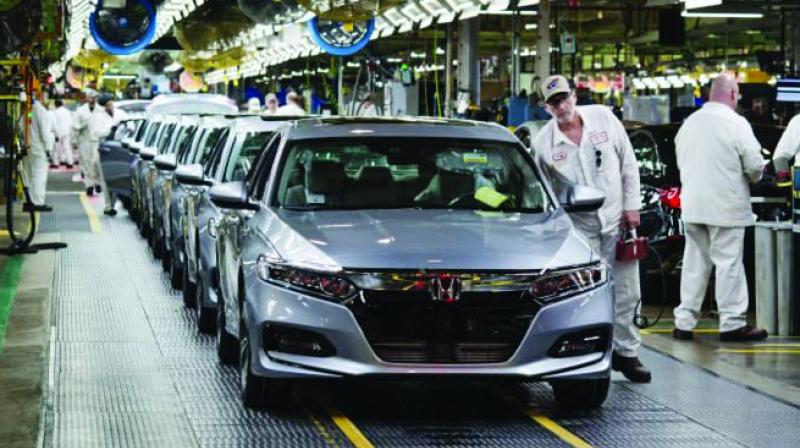 Sales of commercial vehicles, the barometer of the economy and motorcycles continued their slide, indicating the depth of slowdown in the economy and consumer sentiment.

Sales at Toyota Kirloskar Motor declined 18 per cent at 10,203 units while Tata Motors dropped by a whopping 69 per cent at 5,082 units last month.

“Towards the end of the month, there was an encouraging response in terms of customer foot falls. The customers have responded well to our festive offers as reflected in 11 per ent more retail in September 2019 compared with August. However, the industry continued to decline in September,” Mayank Pareek, Presi-dent, Passenger Vehicles at Tata Motors, said.

Similarly sales at Honda Cars fell 37.24 per cent at 9,301 units in September. “While the market remained tough in September, the auto sales saw an uptick from this August which is a positive sign,” Rajesh Goel, Senior Vice President and Director—Sales and Mark-eting at Honda Cars India, said.