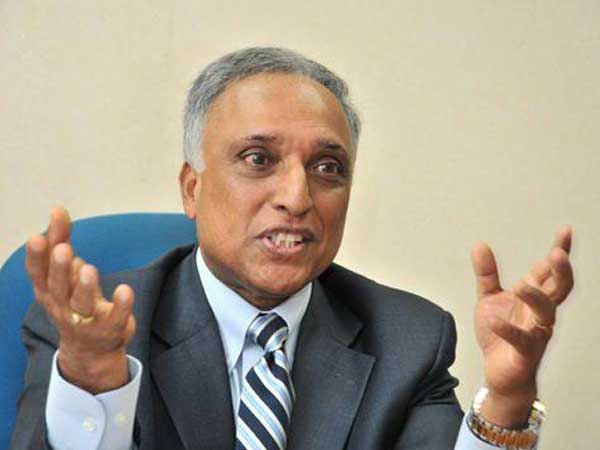 The telecom sector is passing through one of its toughest phases as service providers struggle to survive. It’s not a question of making profits, but survival in an atmosphere of consolidation and brutal competition. Director general of the Cellular Operators Association of India (COAI) Rajan Mathews in an interview with Anjana Das spoke about problems of debt, low profitability and losses in the sector.

Some telcos have voiced the liquidity crunch in the sector, which is constraining them from meeting payment obligations to the government. What’s your take on this?

The telecom sector is faced with a huge liquidity crisis. Incapacitating competition causing squeezed margins; rising debt, eroding profitability and falling revenues are some of the reasons behind the financial distress. The sector’s cumulative debt stands at Rs 7.64 lakh crore, while the overall revenue has fallen to less than Rs 2 lakh crore. The lack of cash flow has forced consolidation in the form of mergers and acquisitions with few firms filing for bankruptcy and exiting the market. Many firms have voiced concerns over the liquidity crunch and high spectrum charges. Also, over Rs 30,000 crore is locked up on account of GST payment under the ‘reverse charge mechanism’. Exorbitantly high levies, import duty hike, high upfront payment for airwaves and falling tariffs are adding to the distress.
What’s the solution to call drops? Why it continues to afflict consumers?

Restrictions on mobile tower installations and ‘right of way’ are two main concerns aggravating the call drop. Even though the industry has invested hugely in improving the telecom network, a lot is yet to be done. Call drops also happen because of faulty mobile phones. The call drop problem can be directly linked to dearth of telecom infrastructure. The country needs 100,000 more towers to run the ecosystem smoothly. Moreover, there are no uniform standards, protocols and procedures for mobile tower installations. Getting permission to set up a tower is a tough task as it is assessed on a case-to-case basis. Regulatory obstacles by local authorities and opposition by resident associations to mobile towers are towering concerns. Radiations within prescribed limits make not harm.

Telecom connectivity should be seen as water and electricity supply, and building developers should be allowed to apply for a uniform set of permissions. The telecom industry recently achieved 500,000-tower mark, taking the total BTS count to over 2 million, investing around Rs 10.44 lakh crore. The central and state governments should give RoW permissions for towers and OFC in a more supportive and timely manner.

RoW issues are another area of concern. The rules aim to rationalise expenses across the country to a maximum of Rs 1,000 per km for fibre, and a maximum of Rs 10,000 per application for overhead towers. But the sector continues to suffer due to lack of clarity and implementation hurdles. According to experts, to reap the benefits of RoW norms, it might take more than a year.

What’s your desired timeline for spectrum sale? Are you seeking any review of 5G airwave prices?

The auction of spectrum for 5G services should happen only around the second half of 2019 as it would offer telcos better visibility and potential revenue streams for the next-generation mobile services. The pricing of 5G spectrum, which would be required in larger blocks or chunks than seen before, would also be critical for success of the auction. The ongoing financial stress in the industry will have to be dealt with for operators to make decent bids for 5G airwaves.

Are new eKYC norms without Aadhaar good enough to match the convenience of earlier times or you seek any change in it?

Aadhaar was a viable, paperless, robust, foolproof and convenient method for subscriber authentication. The industry is ready to work with UIDAI and DoT to explore legal means for reintroducing Aadhaar-based identification process. As of now, we are working with DoT to build a hassle-free alternate digital verification process, complaint with the recent Supreme Court judgment.

What type of rationalisation are you seeking in telecom levies from NDCP?

Some of the most significant ones include rationalisation of multiple taxes and levies, such as licence fees, spectrum usage charges, universal service obligation fund and GST. Taxes and levies cost Indian telecom service providers over 30 per cent of revenues against the global norm of 10 per cent.

Trai paper on OTT regulations is out. What’s you take?

We advocate level playing field between telecom operators and over-the-top (OTT) players. Trai has raised appropriate issues in the latest discussion paper exploring regulatory framework for such service providers. The regulator has narrowed down to defining the OTT communication service. While we favour light-touch regulation, rules and framed should apply equally to players offering same services.

The consultation paper has rightly highlighted the issue of heavy investments by telcos in network to ensure the service quality. While telecom service providers are mandated by regulations to ensure service quality of their networks, it (networks) is hugely impacted by the OTT traffic, which is rising and difficult to predict. The investment in network by operators has benefited OTT players and helped them expand their services. But TSPs’ revenue has not increased in that ratio due to the competition in the sector.

Allocation of E&V bands at affordable prices would spell better customer experience. As India is expanding coverage and capacities for 4G in urban cities and taking broadband to rural areas, these frequencies should be allocated immediately. These bands should be provided as a backhaul spectrum to TSPs, which hold access spectrum. The industry feels mandatory testing and promotion of local manufacturing are different things. Telecom products across the world are developed and manufactured in accordance to globally accepted standards. All products undergo various testing and certification process at the Conformance Assessment Bodies (CAB) or from internationally reputed test labs for security, health, environment, safety, conformity assessment in over 180 countries.