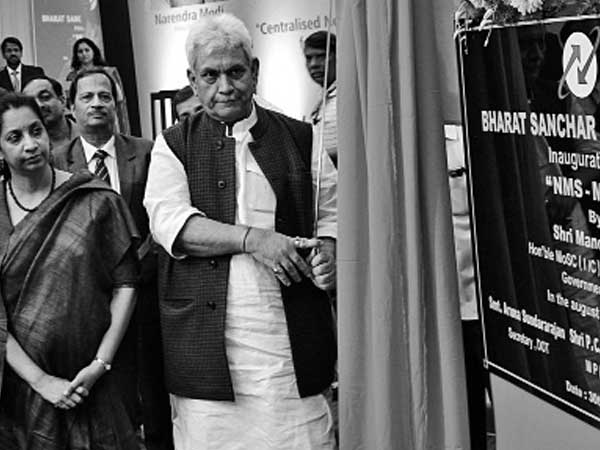 On May 1, the Department of Telecom released the New Telecom Policy for the next five years with two main targets that are almost similar to the already ongoing BharatNet broadband project and rationalisation of specturm charges and other unspecified levies. This policy, a telecom operator said, actually is a broadband policy. Nevertheless it takes into account the changing landscape in the sector.

One of the main focus of the policy is to attract investments of $100 billion in the digital communications sector. It also talks of expanding IoT ecosystem to 5 billion connected devices and accelerate transition to Industry 4.0. The road to this ambitious target is also a dream project.  Recognising that the recent past has witnessed an unprecedented transformation with the emergence of new technologies, services, business models and players, the draft says, “There is an imperative need to review the existing licensing, regulatory and resource allocation frameworks to incentivise investments and innovation to optimise new technology deployments and harness their benefits.”

The draft proposes reforming the licencing and regulatory regime to catalyse investments and promote ‘Ease of Doing Business’ by reviewing levies and fees including license fee, universal service obligation fund or USOF levy and concept of pass through revenues in line with principles of input line credit.

“Rationalising spectrum usage charges or SUCs to reflect the costs of regulation and administration of spectrum and taxes and levies on digital communications equipment, infrastructure, the draft calls for unbundling of different layers  -- infrastructure, network, services and applications layer -- through differential licensing.

According to legal advisory firm Khaitan & Co the policy recognises telecommunication services and infrastructure as an essential public utility. This would not only aid proliferation of telecom services, but would also facilitate low-cost financing. The industry today is facing one of its toughest phases and low-cost financing is the need of the hour for most service providers who are languishing in debt and unprecedented losses. And convergence,+ where the overhaul of the legal and regulatory framework for enabling convergence of IT, telecom and broadcasting is certainly a step in the right direction. The current law has failed to keep pace with present day technology, where such convergence is already taking place on ground.

The indicated reforms to the license framework seem to suggest that DoT looks to shed its image of a revenue-monger to a business-facilitator as charges, taxes and levies may be rationalised. In particular, spectrum usage charges may now only reflect administrative costs. This will be a breath of fresh air for the industry, whenever implemented.

Arduous processes, especially those of the WPC and SACFA, along with bureaucratic red tape in cases of obtaining right of way permissions, have been a long-standing concern. At present, even though online processes exist, they require submission of hard copies subsequently. These long-drawn procedures often dissuade foreign investment. One hopes that simple, time-bound process will be announced by DoT soon.

Over the top (OTT) players

In the past, licensed telecom providers have unanimously raised their concern over lack of regulation of OTT players. It has been indicated that there may be policy framework for OTT services going forward. While this may add to compliances for the OTT sector, it will ensure a fairly uniform and consistent regime for all stakeholders in the ecosystem.

Foreign players have traditionally been circumspect to enter the Indian telecom market due to cumbersome compliance obligations and capital requirements. The policy indicates that these may be relaxed to some extent. Also, if processes are simplified and license requirements are relaxed in line with international practices, it would surely attract participation from foreign entities.

The DoT has echoed the views provided by TRAI in its recommendations as far as adopting a light touch regulatory approach with respect to cloud-based systems is concerned. While DoT has earlier pressed for the adoption of cloud computing in the preceding National Telecom Policy, in this draft policy it has expressed that it wants to establish India as a global hub.

These views have been also expressed by industry chambers Ficci. “The draft Policy is a consultation-based, well-considered document that addresses nearly all issues in the communications sector, like licensing and regulatory reforms, reduction of costs, review of universal service obligation fund, augmentation of telecom infrastructure, new technologies such as 5G, IoT and AI etc.  With a focus on building state-of-the-art digital infrastructure, the policy is expected to usher in a new era for the communications sector with a light-touch, forward-looking, technology-friendly regulatory environment,” Ficci said.

When a cash-strapped industry is currently finding it difficult to invest more than $10 billion a year, the policy talks of attracting $100 billion in another four years, a bit off the mark, says analyst. Other goals, like 50 per cent of households have access to fixed-line broadband, sound good but serve no real purpose since delivering data on mobile has proven to be far more successful.  Telecom levies were hurting high—payments to government, including spectrum costs that were up from 11 per cent of industry revenue in FY07 to 32.4 per cent in FY17. However, the government did nothing about it. Now the draft policy just talks of catalysing investments by “reviewing levies and fees including licence fee, USOF and rationalising SUCs to reflect the costs of regulation and administration of spectrum” and no sign of the exact amount of cut if there is, said an analyst.

According to Khaitan & Co one aspect where the draft NDCP has perhaps left infrastructure providers or IP-s discontented, is their continued exclusion from the Telegraph Right of Way Rules, 2016, which only applies to licensed telecom service providers at present. However, one hopes that this gap will soon be bridged in the final version of the policy.

The policy speaks of creating road-maps to enable adoption of emerging technologies such as 5G, IoT, cloud computing, artificial intelligence and robotics DoT had earlier released a roadmap for M2M in 2015, therefore it will be interesting to see if they include any additional aspects in this version. Also, these roadmaps will have to be finalised at the earliest, otherwise India will find itself lagging behind global trends once again.

While the DoT must be commended for envisaging to devise a sector specific data protection framework, one should also be mindful that a draft of the general data protection legislation for India is also expected to be released soon. The interplay between the two data protection regimes will be interesting but will also lead to challenges in terms of compliance.

At present, the OSP regime is somewhat convoluted as on one hand it states that any entity providing ‘application services’ must obtain an OSP registration, on the other hand it does not expressly provide for any consequences for not obtaining an OSP registration. In our practical experience, we hear of cases where disconnection of telecom resources has been ordered by DoT in cases where an entity has failed to obtain the registration. Perhaps this aspect can also be clarified.

In one sum, equity brokerage firm ICICI Securities said it is a wishlist, but at the moment it is a document of repeated statements on what is already happening or eventually will happen. But still there is a silver linings.