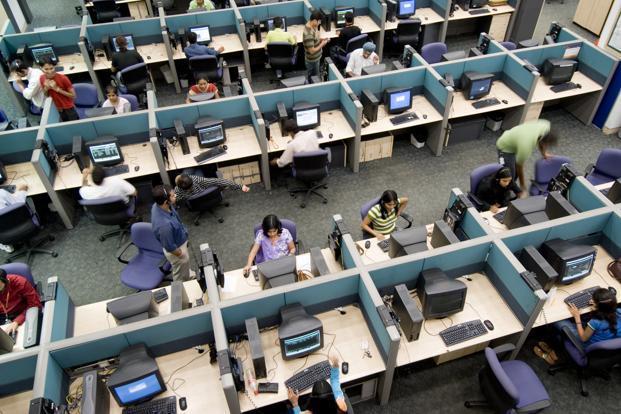 Indian IT stares at major shake-up

The Indian tech industry is headed to a big shakeout with a couple of major mergers and acquisitions expected in 18-36 months. It could mean tier 2, 3, 4 or 5 firms exploring merger with peer or giving in to M&A invitations from external player.

Thus the leader board of Indian IT may look different in the near future as the next couple of years will flesh out a new set of league players in the business, say global analysts who track the space.

Few M&As are likely as domestic tech players are constantly forced to evaluate the size and scale needed to compete in new markets and in new technologies. The dual forces of industry consolidation and new emerging

digital market will end status quo and remake the industry. Thus, the entire pecking order of IT Indian may change, they say.

According to Peter Bendor-Samuel, CEO of US-based Everest Group, clear signs of consolidation are discernible in the global markets. The latest example of it is Atos acquisition of Syntel.

R Ray Wang, founder and principal analyst at Constellation Research, said, “We will see some big changes in the market as the digital landscape amends revenue mix. We expect a major M&A in India in 18-36 months. The next couple of years will flesh out the next 10 in this business. This is just the beginning of a really tough competitive era.’’

Though it’s not clear how many of the large Indian firms will choose to take the M&A path. But none of the leading Indian tech firms are safe in their positioning and therefore many players in the arbitrage-based industry are expected to chase consolidations.

“AWS (Amazon Web Services) is already bigger in cloud than all Indian firms combined and is the undisputed leader in infrastructure as a service. Not only will the Indian firms change position with several of existing leaders being consolidated, the new challenges like AWS and Microsoft Assure may come from outside of existing industry. In the words of Bob Dylan ‘times they are a changing’,” observed Bendor-Samuel.