In a role reversal, the Centre has now set its eyes on buying out greenfield port projects that are either stuck or stalled due to the financial and operational failure of private sector operators. 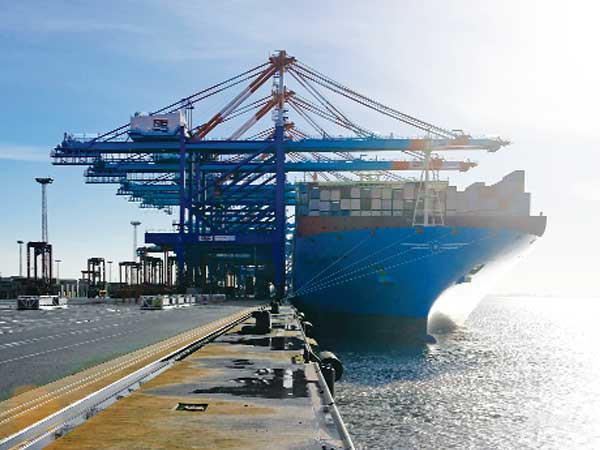 In a role reversal, the Centre has now set its eyes on buying out greenfield port projects that are either stuck or stalled due to the financial and operational failure of private sector operators.

The shipping ministry through its PSUs is first set to buy the entire stake of Reliance Industries in Rewas Port in Maharashtra’s Raigad district. Later, bids would be finalised to acquire Dighi Port, another private port in Maharashtra owned by Balaji Infra Projects and IL&FS, which was admitted into insolvency court in April.

The development comes after the shipping ministry has moved another proposal to buy the Nariman point property of Air India to prevent the iconic building from going into the hands of a private entity and losing its character.
“We have reached an advanced stage to buy out Reliance Industries’ entire stake in Rewas Port. The Centre and the state have appointed SBI Capital Markets to undertake valuation exercise of the port after which acquisition would be undertaken through a special purpose vehicle (SPV). The transaction may be concluded in two months time post valuation,” said a top official in the shipping ministry not willing to be named.

Sources said a consortium led by Jawaharlal Nehru Port Trust (JNPT) with Mumbai Port Trust and Maharashtra Maritime Board (MMB) as minority partners will acquire Rewas Port. JNPT is likely to keep majority stake of about 74 per cent and do the major investments. The shipping ministry has decided to include MMB as a partner in the acquisition plan even though the investment is unlikely to come from the state government-run body.

At present, RIL arm Reliance Logistics & Ports holds a 55 per cent stake in Rewas Ports, a special purpose vehicle that was created for development, operation and management of the proposed port. The rest of the stake is held by Amma Lines (24 per cent, MMB (11 per cent) and Jai Corporation (10 per cent).

The port, which is just 10 kms away from Jawaharlal Nehru Port Trust (JNPT), was awarded to Reliance in 2002 but negligible work has gone into building infrastructure so far. Mukesh Ambani bought a majority stake in the port project from Amma Lines to provide infrastructure support to his planned Navi Mumbai SEZ, which has now become a non-starter. The port project was also stuck over lack of approval for right of way to the shipping channel.

“The main idea for the acquisition is to facilitate construction of key port infrastructure projects awarded to the private sector but are now stalled,” said the source quoted earlier.

He added that acquisition of Dighi port by JNPT and other state-run entities is also on cards and bids would be furnished once the process is initiated by the insolvency professional.

Dighi Port, located 42 nautical miles from Mumbai Port Trust, was awarded a 50-year concession by the Maharashtra government to develop and operate a port on the banks of the Rajpuri creek in three phases. The first phase, with a capacity to load 30 mt of cargo, had started partial operations from two multi-purpose berths that can load coal, bauxite, steel coils and containers. But the project has run into huge debt and owes about Rs 1,600 crore to a consortium of banks led by Bank of India.

Apart from acquisitions, the ministry of shipping is coming up with six new mega ports in India, four of which would be on the eastern coast and the balance on the western coast. These ports are being developed at Wadhwan in Maharashtra, Belekeri in Karnataka, Enayam and Sirkazhi in Tamil Nadu, Tajpur in West Bengal and Paradip Outer Harbour in Odisha.

Apart from these six new ports that would boost cargo handling and trade for India, the ministry has also identified a handful of ports for modernisation. The ministry has also received proposals from Sri Lanka and Bangladesh to construct two ports.