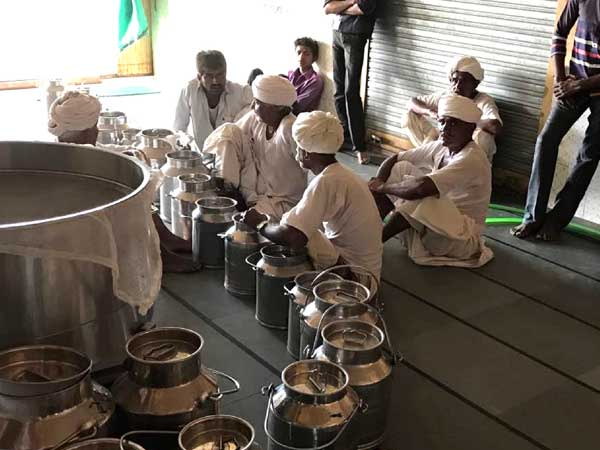 India observes National Milk Day on Monday as a mark of respect to the Father of White Revolution and founder of the country’s mother dairy, Amul, Dr Verghese Kurien.

More than 70 million dairy farmers in India produce over 170 million tonnes of milk annually making the country the largest producer of milk in the world. The United States, China and Brazil are the other major milk producing countries in the world. India has a decent per capita dairy consumption of close to 400 grams. The country’s milk production is expected to reach 254.5 million by 2021-22, as per a recent statement by Union Minister of State for Agriculture & Farmers’ Welfare, Krishna Raj.

India’s milk journey, from a milk importing nation to a self-sufficient consumer to the world’s leading milk producer — has been extremely interesting.

“This was possible thanks to collective efforts of millions of landless, small & marginal dairy farmers and the milk producer institutions which represents them,” said National Dairy Development Board chairman Dilip Rath while speaking at a Dairy Industry Conference earlier this year.

“Today, India is contributing about 20.2 per cent to the world milk production and we are growing at an annual rate of about 5 per cent consistently over the last decade,” he said.

“In India, dairying is an important economic activity which contributes to about 67 per cent of the value of output of livestock sector.  Milk producing households are predominantly small farmers with less than 2 ha of land and 1 to 2 milking animals. Dairying in India is more about livelihoods for millions of small holders than simply a business. Income from dairying contributes to about 25 per cent of the income of small and marginal farmers. Dairy Development is therefore a very important developmental intervention in rural India for achieving agricultural growth with equity,” Rath had said in his speech.

Various programmes like Operation Flood (OF), the world’s largest dairy development programme, planned and implemented by NDDB between 1970 and 1996 and now the National Dairy Plan currently being implemented by Dairy Board unleashed the dairy potential of the country and transformed its dairy industry, he added.

However, everything is not hunky-dory for the Indian dairy sector. The sector has to go a long way in terms of logistics, market access and setting up milk collection points. For instance, of the nearly 6,00,000 villages in the country, only 3,20,000 villages have potential for setting up a milk collection network out of which organized sector, including cooperatives have covered about 1,75,000.

Also, here are some more unsavoury statistics around milk that will have direct impact on health.

An FSSAI (Food Safety and Standards Authority of India) survey shows that 68.4 per cent of milk in India is adulterated with detergent, urea, paint, and other chemical elements.

The World Health Organization gave the Government of India an advisory warning, stating that without adequate tracking of milk adulteration, 87 per cent of citizens could be at risk of developing serious diseases, such as cancer, by the year 2025.

According to another report, 2 out of 3 Indians consume adulterated milk and other dairy products and al?so with children account for 39 per cent of the total population of the country, the potential damages are expected to be in high number. Al?so, a GFSU (Gujarat For?e?n?s?ic Sciences University), st?u?dy finds antibiotics in 20 per cent of raw milk samples.

Commenting on milk adulteration, Shashi Kumar, Co-founder and CEO of Akshayakalpa Farms & Foods, an innovative organic dairy farm venture based in Karnataka said, “The milk pricing in the country is based on the quantity of fat and protein. Farmers will only add water to the milk if at all adulteration happens at their end. Deadly adulterants are added by the middle men. There are easy ways to make 50 litres of “milk” from 10 litres of cow milk by raising the total solids in the milk. Also, a kilogram of skim milk powder (priced at Rs 60) can help make 100 litres of  “milk” if added it with certain amount of sugar and salt etc”.

Not just these, how cows are being fed, what they are fed, how they are being taken care, handling of milking and storing of milk etc can deteriorate the quality and strip off milk nutrients. Also maltreated cows release stress hormones and milk from such cows can put the consumer under stress.

Cow should be provided a natural environment, not a factory atmosphere, for them to feel normal and happy. Make food, fodder and water available to them all day long, instead of time-bound feeding reg?ime. Let them run around, play and jump out of joy. Milk from a smiling cow ma?kes the consumer also hap?py and healthy, he added.

Akshayakalpa, that currently works with 200 dairy farms in Tiptur of Karnataka, has been successful in increasing farmers’ annul income to several folds by enhancing the per cow productivity to 9 litres of milk a day from the national average of three litres.

Akshayakalpa, set up by Kumar, a post-graduate from Illinois University, also a techie formerly worked with Wipro, and nine of his friends, has plans to adopt over 500 dairy farms in the next two years to increase it per day milk production to 1,00,000 litres a day. The firm uses automation & cloud technology that helps produce natural milk, untouched by the human hand and free of antibiotics & hormones. It has partnered with retail chains such as Nature’s Basket, Big Bazaar, Hyper City, Big Basket, Amazon and 24 Mantra Organic, Organic World and hyper local delivery platforms such as Daily Ninja, Doodhwala, Morning Drop to sell its organic milk.

Organic milk currently ac??counts for less than 1 per cent of the total milk production in the country. The dairy sector has been witn?e?s?s?ing a lot of enterprising, ho?w?ever, most of it so far has be?en in the customer-facing and marketing areas and not in milk production except may be a few like Akshayakalp.