Home loan rate could drop to nine-year low of 8.20 per cent 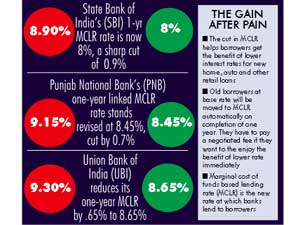