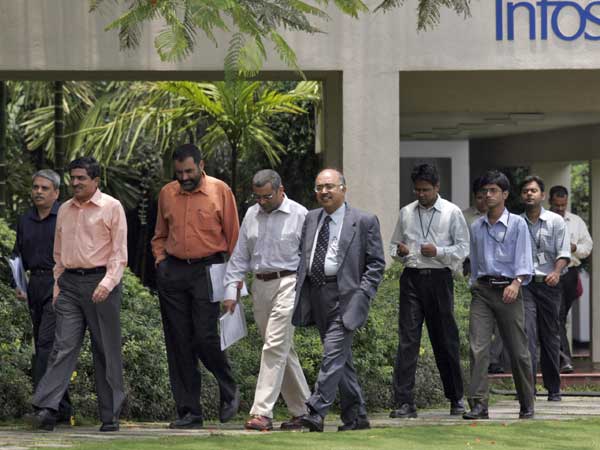 Bangalore-based tech major Infosys is embroiled in a fresh lawsuit in the US. Anuj Kapoor, a former Infosys employee of the company, who worked on a project for CVS Health Corporation, a retail pharmacy and healthcare company based in Rhode Island, filed a suit against Infosys in June, alleging the company made him work more than 1,000 hours of overtime without any remuneration.

In his court filing, Kapoor said he was required to work 11-hour days at times and was paid for eight hours or fewer as CVS ‘refused to be billed for overtime wages.’ The filing further read, “Plaintiff estimates that between May of 2015 and June of 2017, he worked approximately 100,84 overtime hours for defendant, each of which was over and above his weekly 40 hours, without any form of compensation.’’

Infosys in August responded, stating that the employee was an ‘hourly’ worker on an H1-B visa even though Infosys had listed him as a salaried employee in an application with the Department of Labour, a reason for its Wage and Hour Department in the State of Rhode Island to initiate an investigation into the matter. The authority is also investing into the possibility that Infosys is filing for H1-B visas under the ‘exempt salaried’ category while using the employees as non-exempt hourly workers.

An email sent by this newspaper to Infosys seeking its official comments on the matter elicited no response at the time of going to the press.

A senior law expert based in the US said, “I think Infosys faces two issues. The first is payment of overtime and taxes on overtime. It would seem quite likely that if this employee is hourly and categorised as non-exempt, then they will need to make him and others hole on this. It’s hard to estimate the total liability this could create but if a significant number of employees are deemed to be non exempt then they could be facing a substantial bill. There are other factors than hourly which go into determining exempt vs non exempt and I would judge that Infosys may still have a strong case.’’

As per Peter Bendor-Samuel CEO of Everest Group, “Overtime is paid for hourly workers, salaried workers do not get overtime. Most of the employees of lead IT firms would qualify as salaried and hence not qualify for overtime. The type of hours described here makes me think that this and the other roles were in programing or system integration. Typically these roles are seen as salaried. There has been some move by labour unions to characterise these as hourly, but to date it has achieved little traction. I would note that in this case the Indian firms are well inside generally accepted industry practices and any change by the courts to this would impact all US firms.’’

Bangalore based IT lawyer Sajai Singh said, overtime is recorded electronically whether an employee works from office, home or a cafe. Recording and reading of work hours are automated, leaving no or very little human intervention and errors. It looks like this issue is due to lack of understanding of the engagement contract by parties involved.’’