However, the value remained almost constant despite the rise in prices of gold and silver. 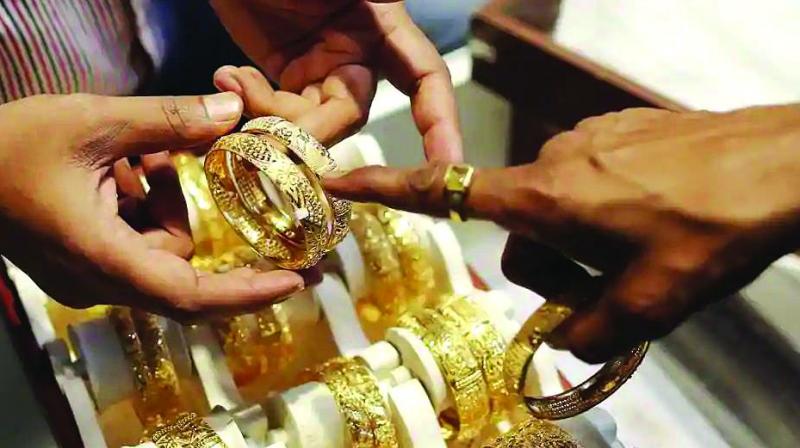 Chennai: The average ticket size of jewellery purchases during Dhanteras through credit and debit cards dipped 66 per cent despite gold and silver prices rising over 20 per cent over last year.

Jewellery spends accounted for 15 per cent of the total volume of transactions and 22 per cent of the value of transactions through credit and debit cards, as per the data from payment processing company Worldline India. There was a three times increase in the number of transactions from the previous year, largely because credit card issuance went up by 20 per cent, or 9 million new cards were added between last year and this Dhanteras.

However, the value remained almost constant despite the rise in prices of gold and silver. On the Multi Commodity Exchange (MCX), the price of gold went up 20 per cent from Rs 31,804 per 10 gm to Rs 38,434 per 10 gm between the last Dhanteras and this Dhanteras.

Silver prices too went up 21 per cent from Rs 38,649 per kg in 2018 Dhanteras to Rs 46,844 per kg this time. Even if the volumes had remained the same, the value should have increased by 20 per cent. The flat growth in value indicates that people were not comfortable spending much on jewellery.