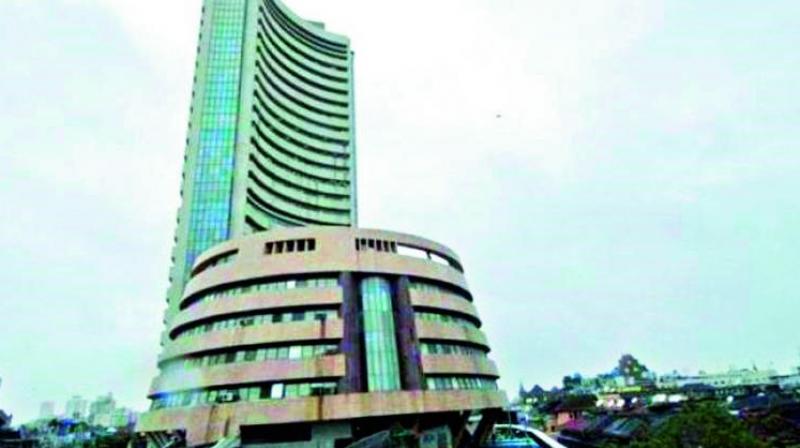 Axis Bank, PowerGrid, Tech Mahindra, SBI, IndusInd Bank and Infosys were among the other gainers.

Reliance Industries led the gains on Sensex, rallying nearly 4 per cent as it touched its life-time high of Rs 1,514.95 (intra-day). It became the first Indian company to hit the Rs 9.5 lakh-crore market capitalisation level.

Shares of Bharti Airtel soared 7.36 per cent and Vodafone Idea rallied 34.68 per cent after both the companies announced a hike in mobile phone call and data charges from December.

Axis Bank, PowerGrid, Tech Mahindra, SBI, IndusInd Bank and Infosys were among the other gainers.

On the other hand, Yes Bank dropped 2.66 per cent to emerge as the biggest Sensex loser, M&M fell by 2.19 per cent, and Tata Steel by 2.02 per cent. TCS, Tata Motors and Hero MotoCorp also declined.

Elsewhere in Asia, bourses in Shanghai and Hong Kong settled significantly higher while those in Tokyo and Seoul settled in the red.

European equities were trading on a positive note in their respective early deals.

Meanwhile, the Indian rupee depreciated by 17 paise to 71.86 against the US dollar in intra-day trade.