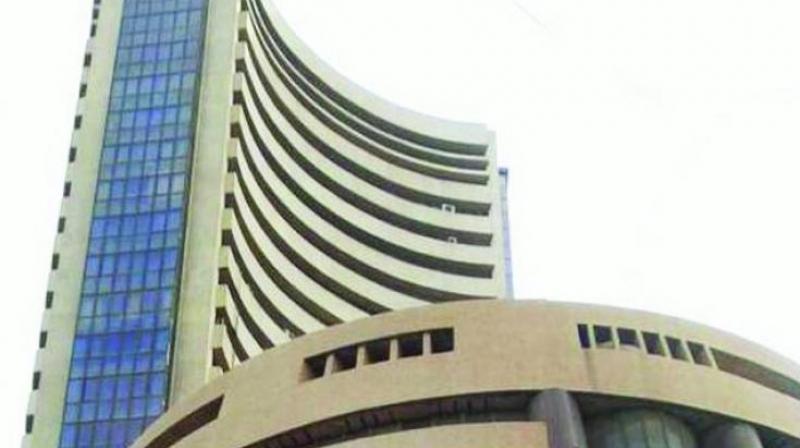 Yes Bank was among the top losers in the Sensex pack, falling up to 4.08 per cent, followed by Bajaj Auto, M&M, Hero MotoCorp, HDFC Bank, ONGC and TCS which declined up to 2.05 per cent. On the other hand, Bharti Airtel, Tata Steel, Sun Pharma, PowerGrid, IndusInd Bank, Axis Bank, SBI, Vedanta and Tata Motors rose up to 4.60 per cent.

Despite positive cues from global markets, sentiment in the domestic market was subdued on account of multiple reports suggesting that the pace of India's economic growth may falter further, traders said.

Bourses in Hong Kong, Tokyo and Shanghai settled on a positive note amid optimism about US-China trade talks while those in Seoul ended in the red. European equities were trading on a mixed note in their respective early deals.

Meanwhile, the Indian rupee depreciated marginally to 71.79 against the US dollar intra-day. Brent crude futures, the global oil benchmark, rose 0.09 per cent to USD 63.36 per barrel.