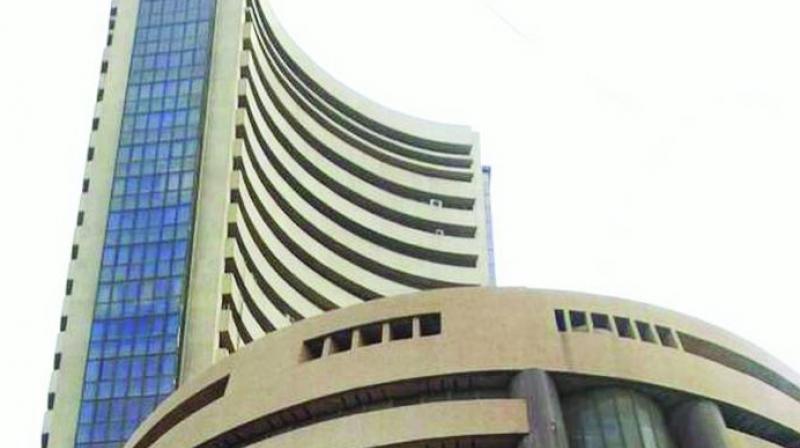 Top losers in the Sensex pack included Bharti Airtel, IndusInd Bank, Tata Motors, SBI, Tata Steel, ONGC and HUL, shedding up to 3.34 per cent. On the other hand, Infosys, Yes Bank, Asian Paints and Maruti were among the top gainers, rising up to 2.13 per cent.

According to traders, investors have turned jittery on account of weak macro numbers and negative global cues. Retail price based consumer inflation spiked to 16-month high of 4.62 per cent in October on costlier food items, reducing the headroom for a rate cut by the RBI in its monetary policy due next month.

GDP data is also likely to be released by the end of the month, the expectation for which has worsened below 5 per cent noted in Q1FY20, he said, adding that the central bank is unlikely to change its monetary policy soon.

Market players are now awaiting wholesale inflation numbers, scheduled to be released later in the day.

Globally, Hang Seng and Nikkei were trading up to 0.92 per cent lower amid concerns over political unrest in Hong Kong, while Shanghai Composite Index and Kospi were trading marginally higher.

Further, China's industrial output grew much slower than expected in October, as its trade war with the US weighed on its overall economy.

Stock exchanges on Wall Street ended on a mixed note on Wednesday after Federal Reserve chief Jerome Powell said the US economy is likely to continue to grow, but faces continued risks from the global slowdown and trade disputes.

On the currency front, the rupee depreciated 15 paise (intra-day) against the US dollar to trade at 72.24 in early session. Brent futures, the global oil benchmark, rose 0.35 per cent to USD 62.59 per barrel.