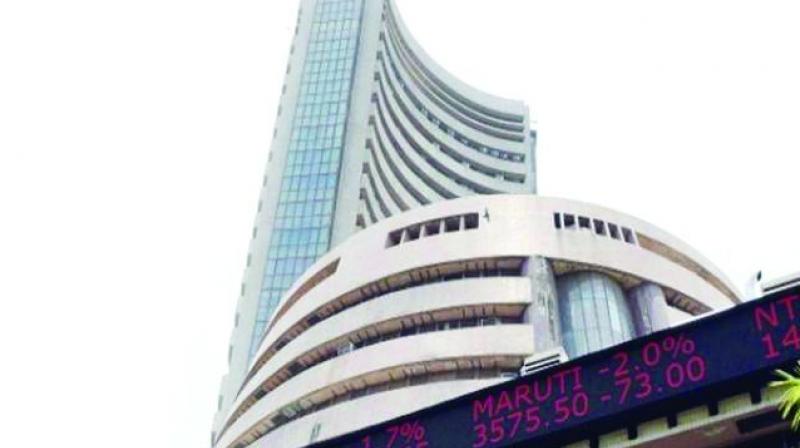 Further, continued unrest in Hong Kong led to fall in regional markets, also impacting sentiment on Indian bourses. A sharp depreciation in the Indian rupee too added to investors' woes, traders said. The rupee dropped below the 72-level against the US dollar in intra-day trade.

Yes Bank was the top loser in the Sensex pack cracking 6.51 per cent, followed by SBI, Axis Bank, Vedanta, Sun Pharma, ICICI Bank, IndusInd Bank, ITC, Infosys and Tech Mahindra, shedding up to 3.69 per cent. On the other hand, TCS, RIL, HUL, Maruti and NTPC rose up to 3.76 per cent.

Posing questions over the much-anticipated truce deal, US President Donald Trump dubbed China a cheater on trade even as he seeks an initial settlement to calm an 18-month trade war, adding to the uncertainty over the deal between the two countries.

Bourses in Shanghai, Hong Kong, Tokyo and Seoul settled up to 1.82 per cent lower violent protests in Hong Kong. Exchanges in Europe were also trading in the red in their respective early deals.

The industrial production shrank by 4.3 per cent in September, registering the weakest performance in seven years due to output decline in manufacturing, mining and electricity sectors, as per official data released on Monday.

Market is now awaiting cues from consumer price inflation data, which is scheduled to be released later in the day. Further, an SBI research report on Tuesday sharply cut the country's GDP growth forecast to 5 per cent for FY 2019-20 from the earlier projection of 6.1 per cent, raising concerns over the health of the economy.