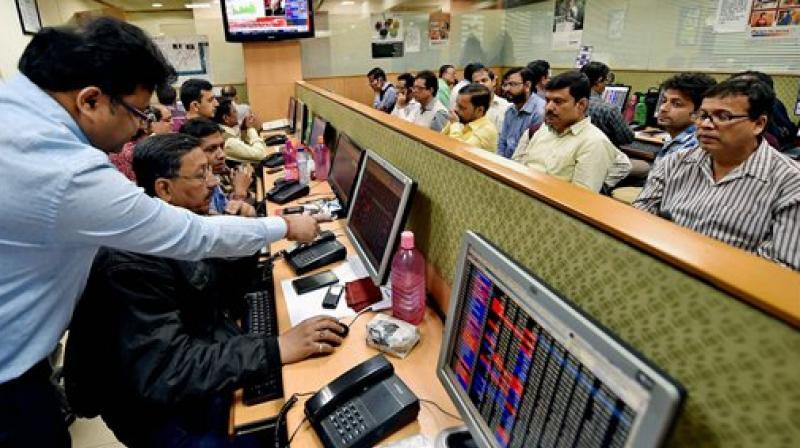 Moody's Investors Service cut country's credit rating outlook to negative -- the first step towards a downgrade, saying the government has been partly ineffective in addressing economic weakness, leading to rising risks that growth will remain lower.

Following the news, domestic equities turned volatile and retreated from record peaks. The Indian rupee also depreciated 33 paise to 71.30 against the US dollar intra-day.

Bourses in Shanghai, Hong Kong and Seoul settled on a negative note, while Tokyo ended in the green. Exchanges in Europe too were trading lower in their respective early deals. Brent crude futures, the global oil benchmark, fell 1.24 per cent to USD 61.53 per barrel.