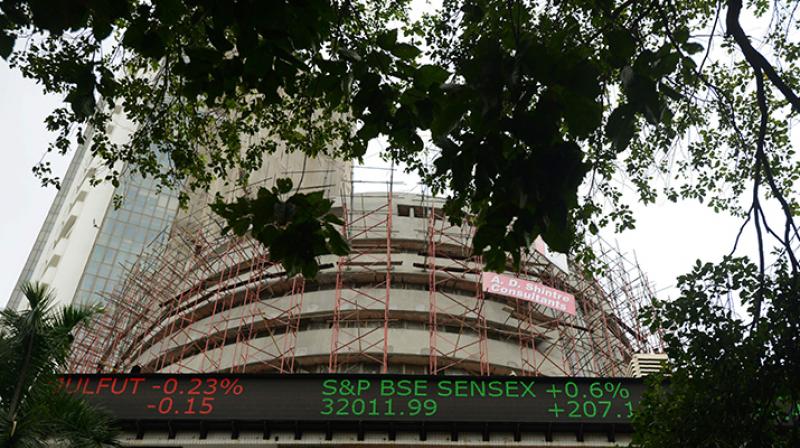 Mumbai: Benchmark indices Sensex and Nifty closed lower in topsy-turvy trade on Thursday after the Reserve Bank surprised with its decision to hold key policy rates.

At the closing bell, the 30-share BSE Sensex was lower by 70.70 points or 0.17 per cent at 40,779.59. The index swung between losses and gains after the central bank kept the rates unchanged.

On the Sensex chart, Bharti Airtel, Tata Steel, IndusInd Bank, HeroMoto Corp and Tata Motors were among the major laggards.

On the other hand, TCS, ITC, L&T, Infosys and Tech Mahindra led the gains.

Sectorally, metal index fell the most, followed by basic materials and energy indices.

After five consecutive cuts in interest rates this year, the six-member Monetary Policy Committee (MPC) headed by RBI Governor Shaktikanta Das unanimously voted to hold the key repo rate at 5.15 per cent and reverse repo rate at 4.90 per cent.

Bankers and economists had widely expected the central bank to cut rates for a sixth time to support a slowing economy, whose growth rate slipped further to a six-year low of 4.5 per cent in the September quarter from 7 per cent a year back.