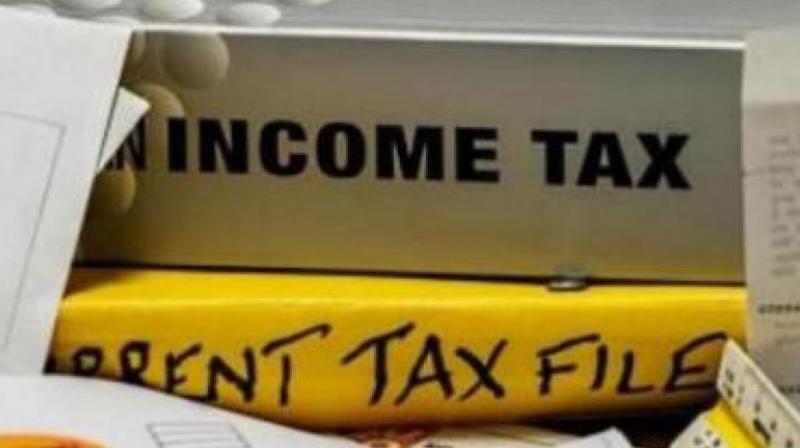 New Delhi: The government is unlikely to moderate personal income tax rates for the rich due to fiscal stress on account of lower tax realisation amid slowdown in the economy, sources said.

Pressure is mounting on the government to cut personal income tax rates to boost demand, especially after the finance ministry reduced the corporate tax rate by up to 10 percentage points.

According to sources, personal income tax rate cut is difficult at this juncture due to multiple factors like slowdown in economy, lower tax realisation and subdued non-tax mop up.

The government last fiscal missed its direct tax collection target, and for this financial year it has set a higher revenue mobilisation goal of Rs 13.80 lakh crore.

These schemes require funding at a time when there is already pressure on indirect tax collection due to falling realisation from Goods and Services Tax (GST) and revenue implication of massive Rs 1.45 lakh crore due to the corporate tax cut last month.

In the biggest reduction in 28 years, the government cut corporate tax rates by almost 10 percentage points as it looks to pull the economy out of a six-year low growth of 5 per cent recorded during the first quarter of the current fiscal.

Sources also said the government has already given several exemptions to taxpayers, including making income of up to Rs 5 lakh exempt from tax.

In order to collect more tax from the super-rich, the government in Budget 2019-20 enhanced the rate of surcharge on individuals with taxable income of more than Rs 2 crore.

Even the panel on Direct Tax Code in its report favoured moderation in personal income tax, simplification of procedure, and improving compliance with a view to raise revenue from direct tax.

The share of direct taxes to India's total tax revenues peaked at 61 per cent in 2009-10 and has since stabilised at around 55 per cent last year.

As a percentage of nominal GDP, tax revenues make up around 11 per cent, within which the share of direct taxes has hovered around 5.5-6 per cent of GDP in the past three-four years.

Personal income tax collections amounted to Rs 4.7 lakh crore last year, or 2.5 per cent of GDP. This year's target for personal income tax is budgeted to rise by an ambitious 23 per cent compared to a subdued 10 per cent growth in 2018-19.