The centre has infused Rs 2 lakh crore as capital into various banks during the past three years. 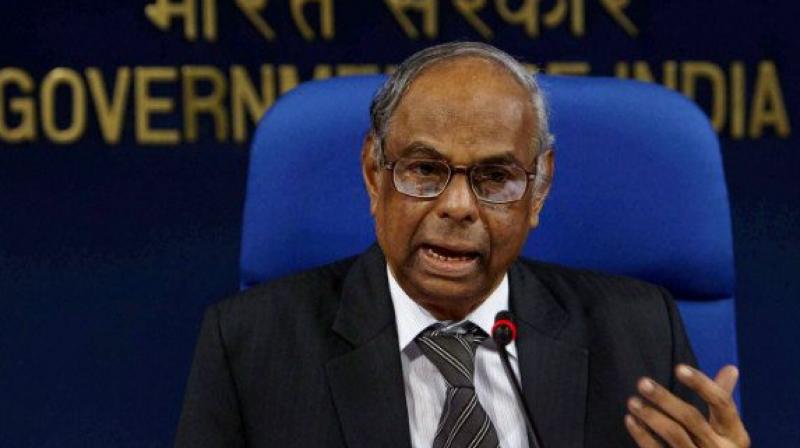 Hyderabad: Former RBI governor C Rangarajan on Friday suggested that recapitalisation of banks should be done through by infusing cash rather than issuing Bonds, as he cautioned that Boards of public sector undertakings, including banks, should maintain "arms length" from the Government.

At the inaugural session of the seminar 'Non-Performing Assets (NPA) and its Resolution in Indian Banks' at ICFAI Foundation for Higher Education, he, however, said the centre has infused Rs 2 lakh crore as capital into various banks during the past three years and it would be difficult for any dispensation to pump in so much as capital in cash form.

"I also have a point that one of the answers to the problems faced by the banking system is to ensure that the capitalisation of the banks is done properly."

According to him, the mode of recapitalisation that is being done now is through the issue of bonds.

"What the banks really gain is only the interest income through the bonds. This also needs a relook...I plead guilty because we initiated thisin the early 1990s. But that was a different situation. The fiscal was undergoing a great deal of problems as part of the reforms (then). But should we continue with this system?" he said.

The economist said though the majority of the stakes in banks is owned by the government, it is necessary to ensure that the lenders run business in the national interest and it is not necessary for the government to interfere with commercial decisions of banks.

"The credit decisions must be left to the Boards (of directors of banks). There is a large literature on the relationship between the government not only banks but also other public sector units. And the people talk about the arms length between the board and the government..There is still much that needs to be done in terms of appropriate mechanism for appointing the Boards, for appointing the chief executives of the banks," he said. Later talking to reporters, he said though there is decline in the country's growth numbers the situation does not amount to "recession." "There is a slowdown..there is no doubt about the fact that there is slowdown, but the slowdown is in growth rate," Rangarajan said.

Hoping that the growth may pick up next year onwards, the former Chairman of the Prime Minister's Economic Advisory Council said it would take another eight years for India to become USD five trillion economy as opposed to Prime Minister Narendra Modi's target of 2025, due to the muted growth now.

"The growth may pick up next year. Growth may not be substantial, but it may pick up next year..it takes 2-3 years to get back the growth of higher than 7 per cent," he said. Advising that bankers should neither be "lazy bankers" nor "hasty bankers", Rangarajan said recent history shows that the appraisal systems for credit and working capital should be improved.