Ambani was ranked 13th in the annual Forbes' rich list for 2019. 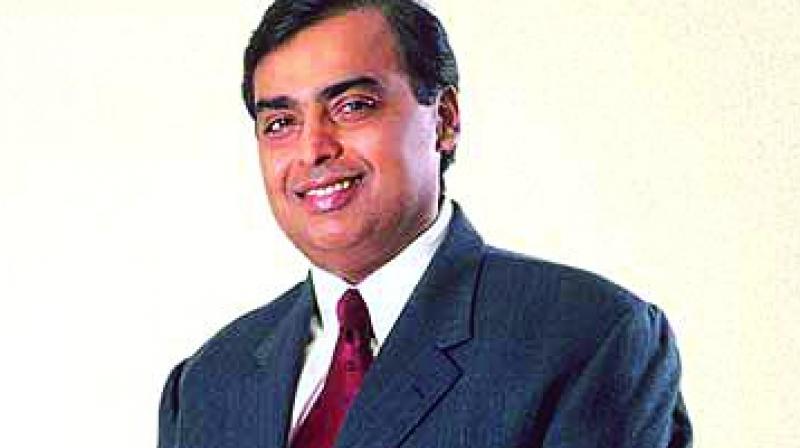 New Delhi: With a net worth of USD 60 billion, Reliance Industries chief Mukesh Ambani has been ranked the 9th richest person globally, according to 'The Real-Time Billionaires List' of Forbes, that was topped by Amazon Founder and CEO Jeff Bezos.

The list tracks the daily ups and downs of the world's richest people and reflects changes since 5 pm EST of the previous trading day. Ambani was ranked 13th in the annual Forbes' rich list for 2019.

Ambani made it to the daily list of top 10 richest people in the world following a significant jump in the share price of his flagship firm Reliance Industries on Thursday.

The company on Thursday became the first Indian firm to hit the Rs 10 lakh crore market valuation mark following a spike in its share price. At market close, the oil-to-telecom conglomerate's market capitalisation (m-cap) zoomed to Rs 10,01,555.42 crore (USD 139.8 billion) on the BSE. The stock rose 0.65 per cent to close at Rs 1,579.95.

During the day, it jumped 0.90 per cent to an all-time high of Rs 1,584. Bezos with a networth of USD 113 billion topped the The Real-Time Billionaires List of Forbes, followed by Microsoft co-founder Bill Gates (USD 107.4 billion) and Bernard Arnault & family Chairman and CEO, LVMH Moet Hennessy Louis Vuitton (USD 107.2 billion) in the second and third positions, respectively. The wealth-tracking platform provides ongoing updates on the net worth and ranking of each individual confirmed by Forbes to be a billionaire.