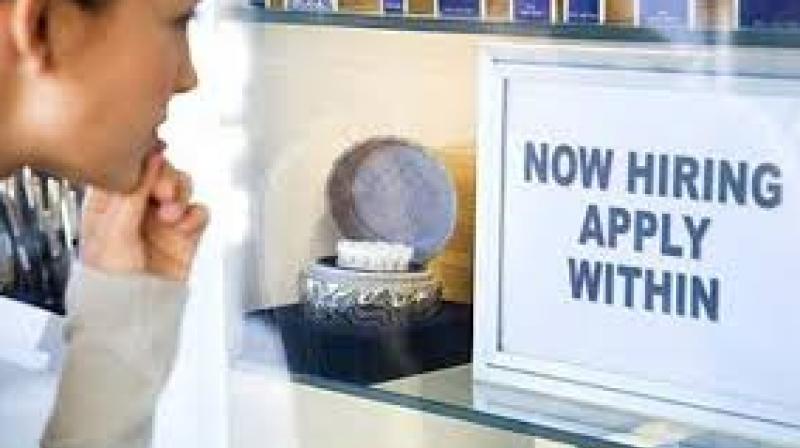 Mumbai: The economic slowdown in the country has led to 5 per cent decline in online hiring during January-June period of this year as compared to the preceding six months, according to a report.

The hiring trend for H1 2019 has registered a slowdown in growth by almost 5 per cent, compared to H2 2018, mainly led by sectors including automotive, ancillaries, tyres sectors where online hiring dipped by 10 per cent and agro based industries that went down by 51 per cent, according to Monster Employment Index.

"The online hiring demand has witnessed a 16 per cent increase between H1 2018 and H1 2019. The demand was led by tier 2 cities, sectors like retail, telecom and professions including hospitality and travel and finance and accounting. There are certain sectors including agro-based industries, automotive and consumer goods and FMCG that need attention in order to revive demand," Monster.com CEO,AC and Gulf, Krish Seshadri said.

Concerning automotive industry, there have been certain developments like RBI repo rate cut, which should revive the appetite for car loans and hence the demand, he said. The government is also focusing on electric vehicles, which should help the sector in the long-term, he added.

Telecom has shown growth from H1 2018 where it was falling by 1 per cent, it said adding that the hiring numbers further fell by 13 per cent in H2 2018.

However, the sector managed to recover in H1 2019 where it has registered a growth of 22 per cent, it added. Similarly, automobile and ancillaries industry continued to fall from 3 per cent in H2 2018 to 10 per cent in nH1 2019.

Both Baroda and Ahmedabad registered higher hiring demand numbers consistently compared to the metros, it said.

On the other hand, it revealed that metro cities have shown a lower hiring demand like Delhi (3 per cent), Mumbai (0 per cent), Bangalore (1 per cent) and Hyderabad (3 per cent) showed a marginal increase in demand.