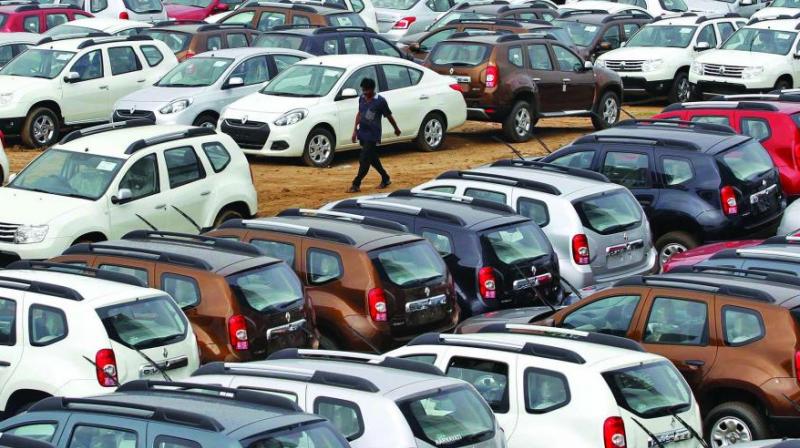 Automobile industry creates a lot of employment in states, but a slowdown or fall in sales conversely generates unemployment.

Addressing shareholders of the company at its annual general meeting, Bhargava said it is time for state governments to become partners in making manufacturing industry grow and recognise the importance of its role in the overall automobile industry. The automobile sector accounts for 49 per cent of India's manufacturing gross domestic product (GDP).

Elaborating on the significance of state governments' role, he said they have "much more to do with the cost of operating an industry". "The taxation of the state governments is quite higher, petrol tax for example is much higher and the affordability of a car is very much determined by the state government", which in turn has much to gain or lose from how the industry grows, he said.

Urging states to become partners in India's growth story, Bhargava said, "Unless that contribution is made, it is very difficult for the country to achieve the 25 per cent contribution of manufacturing or to reach USD 5 trillion target that the Prime Minister has set." He further said, "...efforts of the central government can get derailed if some of the states don't recognise the important role they have to play in making this happen."

He cited the example of the steps taken by the centre last week to give an impetus to the economy and the auto industry in particular.

"The Finance Minister has communicated with the banking system and now we are seeing the reversal of that. One of the favourable things that has happened is that the financing costs (of automobiles) are coming down. We are grateful to the Finance Minister for making that happen," Bhargava said. He further said the central government has rolled back the proposed increase in registration cost of vehicles, "But I think it is necessary to understand the growth of manufacturing, the growth of economy, is not entirely responsibility of the central government," he said.

Bhargava further said, "The states governments have at least as much of a role, I believe, a larger role than the central government in ensuring that manufacturing and industrial growth and wealth creation takes place."

The impression one gets is that only the central government is responsible for the industry to grow or taking auto industry out of this deep depression that it has fallen into, he lamented.

Bhargava cited the example of nine states where road taxes have been hiked thereby resulting to increase in vehicle costs by as much as Rs 97,000 which has "affected ability of customers" to buy new vehicles, leading to drop in sales. Citing studies done by the company internally, he said the dip on sales were much sharper in these states compared to those which didn't increase the road taxes.