Sitharaman has sought to increase liquidity in the hand of the consumer in the form of easier access to loans. 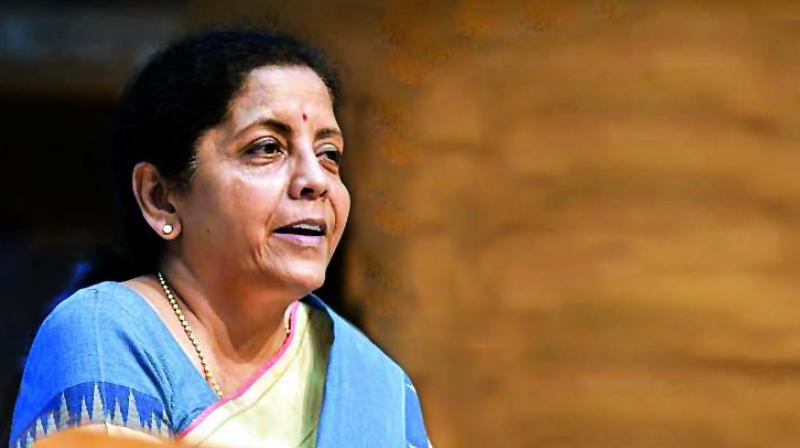 Pune: Finance Minister Nirmala Sitharaman of Friday announced a slew of measures to boost demand for the automobile sector reeling under a severe sales slump, which has forced many companies to lay off thousands of workers and reduce production.

The FM’s measures to revive the auto industry are aimed at boosting sales—both individual and institutional—and addressing the concerns of the industry about disruption. Sitharaman has sought to increase liquidity in the hand of the consumer in the form of easier access to loans, while lifting the ban on purchase of new cars by government departments and allowing additional 15 per cent depreciation (taking the total to 30 per cent) on vehicles acquired from now till March 2020, to boost institutional sales.

Sitharaman also tried to assuage industry and buyer concerns, saying BS-IV emission norm vehicles purchased up to March 2020 will remain operational for the entire period of registration. The Centre will also come up with various measures, including scrappage policy to boost demand, she said.

She reiterated the political establishment’s line that both electric vehicles (EVs) and Internal Combustion Vehicles (ICV) will continue to be registered.

The minister said the government's focus will be on setting up infrastructure for development of ancillaries/components, including batteries for exports.

N Raja, Deputy MD at Toyota Kirloslar Motor said now the footfalls at the dealerships will increase and turn into bookings this festive season, which kicks in from September.

It is also expected that the release of Rs 70,000 crore for PSU banks recapitalisation and Rs 20,000 crore for National Housing Bank will help banks and NBFCs to lend more. This apart, the linking of repo rate to interest rates charged for vehicle purchase would support lowering of EMIs for auto purchases, thereby boosting demand, said

Rajan Wadhera, President at the Society of Indian Automobile Manufacturers, or Siam.

Wadhera said the removal of ban on purchase of vehicles by government department and 15 per cent higher depreciation for all types of vehicles should give a definite boost to vehicle demand in the short-term, especially vehicles meant for commercial use.

The deferment in revision of one-time registration fee until June 2020 is also a very positive step as the industry was reeling under the pressure of price increases and higher registration fee would have further impacted demand negatively, he pointed out.

Siam also welcomed the assurance that a vehicle scrappage policy will be announced soon.

Wadhera said the industry is already in the process of establishing scrapping infrastructure in various parts of the country and the announcement of such a policy will certainly give a boost to large investments in this area.

“We do hope that measures to improve liquidity and deferring of enhanced vehicle registration cost will revive the ailing sales in the auto sector,” Ram Venkataramani, President at Acma, said.

“All our concerns and suggestions have been listened to seriously and most have been answered with action on the ground,” Ashish Harsharaj Kale, President at Federation of Automobile Dealers Associations, or FADA, said.