Survey finds that 52% companies has no plans to hire IT professionals for next six months. 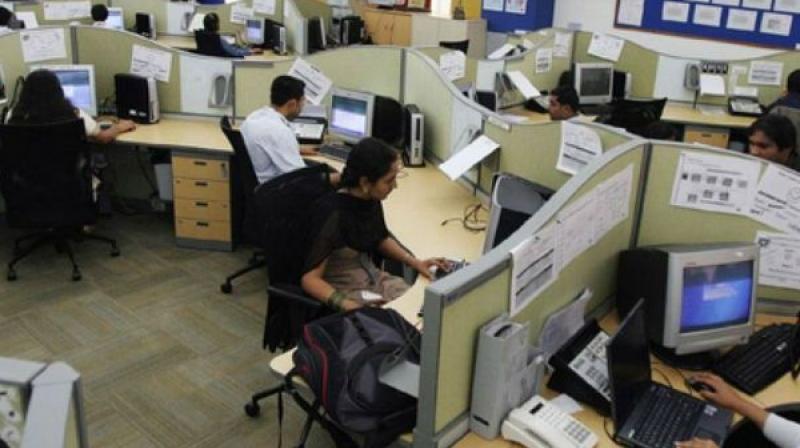 The Experis IT Employment Outlook Survey by Experis IT- ManpowerGroup India found that 52 per cent companies had no plans to hire IT professionals for the next six months.

Chennai: The hiring sentiments for IT professionals across IT companies and non-IT companies, has fallen to a three-year low as more than half of the companies surveyed were not hiring till the end of Q1 2020.

The Experis IT Employment Outlook Survey by Experis IT- ManpowerGroup India found that 52 per cent companies had no plans to hire IT professionals for the next six months. The net employment outlook thus had fallen below 50 per cent to 47.54 per cent for the first time since the inception of the survey in Q1 2017.

In Q1 2017, the net employment outlook stood at 73 per cent—indicating willingness of 73 per cent of the responding companies to hire IT professionals. It stood at 53.41 per cent in Q2 and Q3 2019.

Of the 47.54 per cent companies that wished to hire, 22 per cent were IT services companies and another 12 per cent were IT hardware and network companies. Other sectors like BFSI, healthcare, e-commerce, manufacturing, retail, chemical, oil and gas mining accounted for low single digit share.

Among them, small companies were cautious about the general outlook and hence accounted for just two per cent of the hiring intentions. They had 19 per cent share in the previous survey. Medium sized companies share has fallen from 24 per cent to 16 per cent. Large companies, which are mainly large IT companies, have increased their share to 30 per cent.

end-of
Tags:
it professionals, it companies
Latest From In Other News