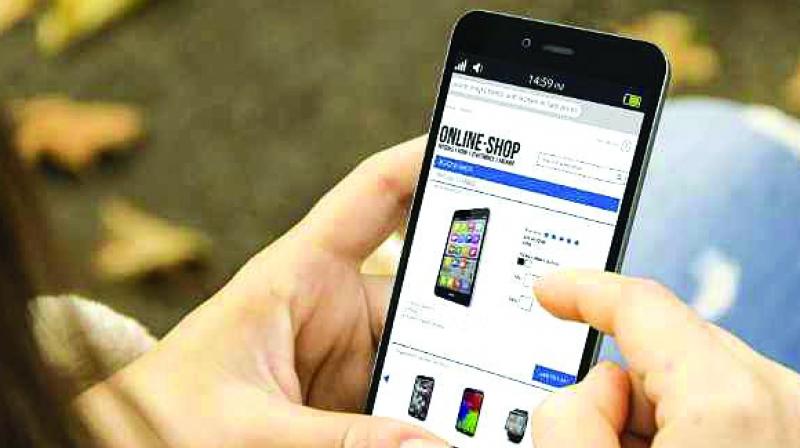 Chennai: Mobile phone as a category is witnessing the slowest sales growth in the e-commerce space this year. Saturation in the market, combined with the economic slowdown, has pulled down online mobile sales growth to low double-digits.

However, in 2018, the mobile phone category grew by 28 per cent, and in the first half of 2019, it saw the lowest growth of 12 per cent. While the category is nearing a saturation point in the Indian market with a rise penetration levels, the recent slowdown in the economy has reduced demand for smartphones both online and offline, finds Bengaluru-based RedSeer Consulting.

“For the longest time, India’s online retail scenario has been dominated by mobiles category, which accounts for around 50 share of the market. However, our research shows that the share of the category has started to trend down,” said Mrigank Gutgutia, Head-Consumer Internet, RedSeer.

The mobile phone’s share in the online space is expected to less than 30 per cent by 2022, RedSeer said.
No wonder, e-commerce biggies are gearing up for the festive season with special offers on mobile phones.

Making an aggressive bid to dominate the festive season sales, Amazon is offering up to 40 per cent off on latest smartphones from top brands, along with additional facilities like cashback, exchange offers up to Rs 6,000, no cost EMI and free screen replacement. There will be over 15 new launches by top brands during the Amazaon Great Indian Festival, including OnePlus, Samsung and Vivo and lowest ever prices on over 100 smartphones.

Rival Flipkart, on its part, is partnering with general trade for ‘Flipkart Authorised BuyZone’, to lure customers to mobile phones and select appliances during the upcoming Big Billion Days.