Total annual revenue loss could be as much as 500 bn rupees if the panel decided to lower tax rates for auto sector to 18 pc from 28 pc. 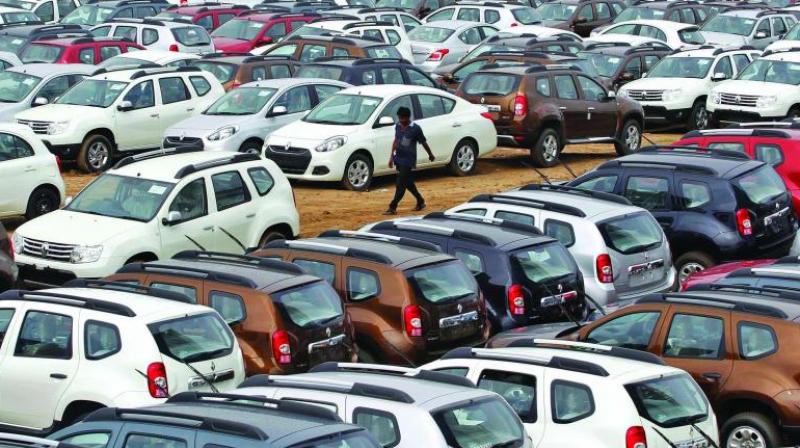 In the April-July period, total tax revenues of 20 Indian states fell 7 per cent to 4.9 trillion rupees compared with the same period last year.

New Delhi: India’s goods and services tax (GST) panel is unlikely to approve lowering the tax for the auto and allied components sector this week, as a study has warned of major revenue losses, two government officials said.

A government study, attached to the agenda of a September 20 GST panel meeting, has said the total annual revenue loss could be as much as 500 billion rupees (USD 6.95 billion), if the panel decided to lower tax rates for the auto sector to 18 per cent from 28 per cent.

Meanwhile, state officials in Kerala, Punjab and West Bengal say they are also opposed to any cut in tax rates in the autos sector, or even consumer goods, because of lacklustre tax collections this fiscal year.

In the April-July period, total tax revenues of 20 Indian states fell 7 per cent to 4.9 trillion rupees compared with the same period last year.

Some states were particularly hard hit, with data showing Andhra Pradesh, Rajasthan and Punjab tax collections plunged 59 per cent, 35.5 per cent and 12.5 per cent, respectively.

“I will oppose any reduction for the simple reason that it won’t be revenue neutral,” said Thomas Isaac, finance minister of the southern state of Kerala.

The auto sector, which has been reeling from the worst slump in nearly two decades, has pushed for a lowering of tax rates at the September 20 GST panel meeting, in a bid to revive vehicle demand.

Still, those states ruled by Prime Minister Narendra Modi’s Bharatiya Janata Party may be willing to support a GST cut if the federal government pushes such a proposal.

“In my view, if the centre feels that it is good for the economy, and they will be able to compensate the states, then the states should support the proposal,” said Himanta Biswa Sarma, the finance minister of the northeastern state of Assam.

The GST meeting will be closely watched as it could help investors gauge the government’s seriousness in reviving growth in Asia’s third-largest economy.

Finance Minister Nirmala Sitharaman has in recent weeks outlined a slew of measures to revive investor sentiment and push growth up from a 25-quarter low of 5 per cent in April-June.

But measures such as creating a stressed fund for the hard-hit housing sector, a withdrawal of higher taxes on foreign portfolio investors and planned mergers among state-owned banks have not really helped revive investor sentiment.

This, in turn, could make it challenging for the government to meet its fiscal deficit target of 3.3 per cent for 2019-20.