The GST Council consists of the finance ministers of Centre and all the states, decides on tax rates. 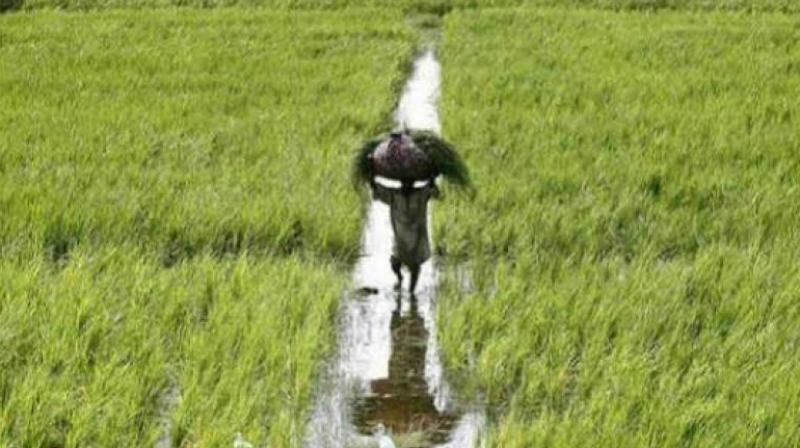 RBI had set up the 'Internal Working Group' to understand the reasons for regional disparity and other agricultural credit related aspects.

Mumbai: An RBI panel on Friday suggested setting up of a federal body on the lines of the GST Council to implement reforms and boost credit flow in the agriculture sector, besides pitching for direct transfer of subsidy and no farm loan waivers.

Among other recommendations, the panel said banks should develop a management information system (MIS) to flag loans sanctioned against gold as collateral in core banking solution (CBS) platform for effective monitoring of end use of funds.

In February this year, the RBI had set up the 'Internal Working Group' to understand the reasons for regional disparity and other agricultural credit related aspects and suggest workable solutions to address constraints in accessing institutional agricultural credit.

Recommending solutions to improve farm credit flow, the panel said, "Government of India (GoI) should set up a federal institution, on the lines of GST Council, having participation from both the Centre as well as the states to suggest and implement reforms in the field of agriculture."

The Goods and Services Tax (GST) Council, that consists of the finance ministers of Centre and all the states, decides on tax rates.

The panel said farm loan waivers should be "avoided" and interest subvention or subsidy given on farm loans should be replaced with Direct Benefit Transfer (DBT), which is being implemented in host of government schemes like subsidy on LPG and fertiliser.

It also stressed that banks should increase credit for allied farm activities as well and give consumption loans to farmers up to a sanctioned limit of Rs 1 lakh.

The panel further said that the Centre should push state governments to complete the digitisation process and updation of land records in a time bound manner.

That apart, state governments should give access to banks to digitised land records in order to verify land title and create charge online. In such states, banks should not insist on submission of land title documents, it added.

The panel also said state governments having a highly restrictive legal framework should be encouraged to reform their legal framework on the basis of Model Land Leasing Act proposed by NITI Aayog/ Land Licensed Cultivators' Act, 2011 of Andhra Pradesh so that formal lending to tenant farmers can improve.

On farm loan waiver, the panel said it should be "avoided" and both the Centre and state governments should undertake a "holistic review" of the agricultural policies and their implementation, as well as evaluate the effectiveness of current subsidy policies.

Among other recommendations, the panel said the interest subvention scheme should be replaced with DBT to targeted beneficiaries with an overall limit of Rs 3 lakh per individual farmer.

To curb the misuse of interest subsidy, banks should provide crop loans, eligible for interest subvention, only through Kisan Credit Card (KCC) mode.

To address regional disparity in agri-credit flow, the panel said priority sector lending (PSL) guidelines should be revisited and the National Bank for Agriculture and Rural Development (NABARD) should gradually increase the allocation of Rural Infrastructure Development Fund (RIDF) in central, eastern and north eastern states over a period of time.

Also, the corpus of RIDF should be increased and state governments should be sensitised to allocate a larger portion of their borrowing from RIDF for the purpose of absorbing funds for rural infrastructure development in their state.

To increase credit flow to allied farm activities, the panel suggested that the Centre should set separate targets for working capital and term loan towards allied activities under ground-level credit flow (GLC).

The panel also suggested easier norms for making available credit for allied activities of up to Rs 2 lakh.

Besides, banks should be allowed to give consumption loans to farmers up to a sanctioned limit of Rs 1 lakh under PSL provided banks are able to obtain collateral security and are satisfied with their repayment capacity based on the cash flows of the borrowers. However, such loans will not classify for PSL-Agri.

It also stressed on the need to develop a centralised database of the Indian agriculture sector which will help in planning policy formulation.

To improve ease of credit, the limit of Rs 3 lakh for waiving collateral security by the banks in case of tie-up arrangements should be revised to Rs 5 lakh under the existing KCC guidelines subject to the condition that the tie-up arrangements are between the producers and processing units without any intermediaries.