The sector has already culled 3.5 lakh jobs since April. 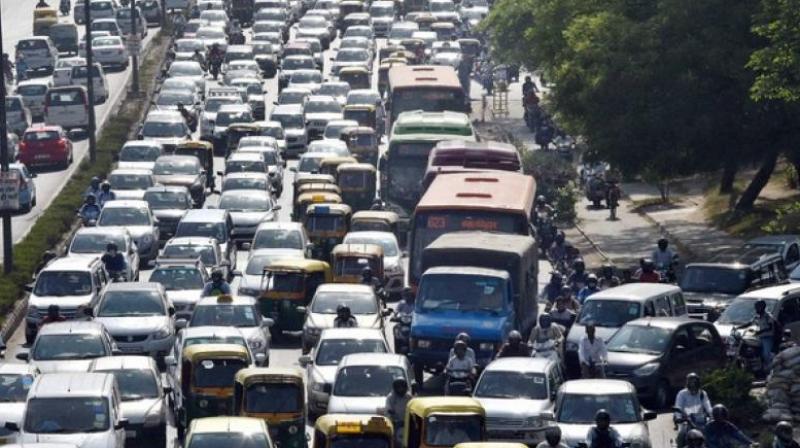 The auto sector has been on a downhill since the past 18 months.

Mumbai: With the deepening crisis in auto sector, which has seen the worst volume plunge in two decades in July, independent HR industry feels the maximum impact will be on temporary workers followed by service roles in sales & marketing along with R&D as OEMs are forced to cut production.

While media reports say the sector has already culled 3.5 lakh jobs since April, the national OEM body Siam Tuesday said at their level itself more than 15,000 jobs were laid off this fiscal, and thousands lost their livelihood at the dealerships side where hundreds of them have been shuttered.

The Automotive Component Manufacturers Association had last month warned that of 1 million potential job losses and called upon the government to do something urgent to arrest the deepening slowdown.

The sector employs over 35 million, directly and indirectly and accounts for nearly half of the country's manufacturing output. The auto sector has been on a downhill since the past 18 months or so after the government flip-flop on ICE engines and the push for electric mobility without any policy or financial support.

Slowdown in the auto sector is a global phenomenon and India is no exception and companies are leveraging the flexibility available at their hands like cutting down/shuttering plants temporarily to minimise their cost, CIEL HR Services chief executive Aditya Narayan Mishra told PTI.

A sustained slowdown will push companies to optimise cost further by laying off high cost resources who are not critical for the day-to-day operations, he opines.

"The major impact will be on the manufacturing side, especially on the temporary workforce as companies cut down production. The other segment that will hit the most will be in the mid- to senior level jobs involved in the strategic positions like R&D or product development," he says.

Laying off permanent employees is one of the last resorts companies adopt to adjust their cost, however, there will be cascading effect on bonus, increment among others if the slowdown deepens further, he adds.

According to Munira Loliwala, a business head at TeamLease Services, service roles in sales & marketing are facing the heat at the moment as they are less tolerant.

"We expect the slowdown to be arrested in the next few months. However, some roles which may see a drop are sales and R&D roles. Some other segments which are likely to see the impact are dealers, distributors and channel partners. Falling sales is affecting the components industry," she added.

"If this trend continues for a couple of more quarters, we anticipate layoffs to start in the auto components and ancillary organizations as well. There are a lot of disruptions happening in the market right now hence at least for FY20, the situation does not look very positive, of course unless government steps in," he says.

A cut in GST, reducing registration fee for old and new vehicles among others will help the sector, he says and adding some uncertainties are likely to go away in 2020 and demand is expected to pick up from there.