India is the fourth most optimistic nation about hiring plans for the next three months globally. 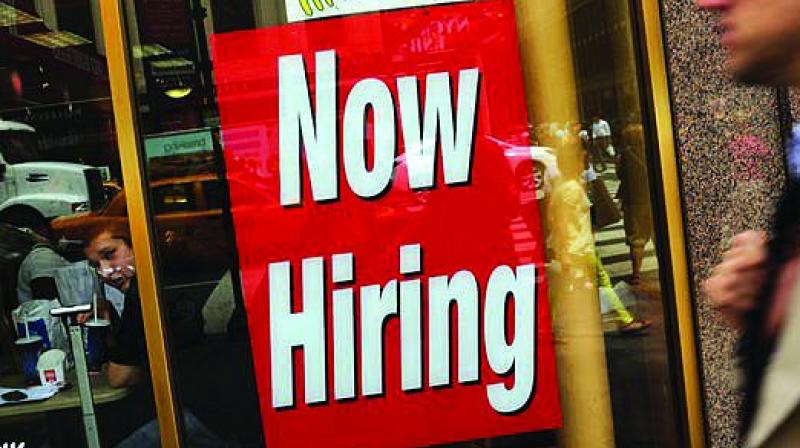 In India, a sectoral analysis shows, public administration and education employers reported the strongest hiring intentions with a net employment outlook of 27 per cent.

New Delhi: Only 19 per cent of employers in the country have bullish hiring plans for the next three months, while 52 per cent expect no change in their payrolls, says a global survey which predict softer employment outlook in many markets for the October-December quarter.

According to the ManpowerGroup Employment Outlook survey released on Tuesday, that covered 5,131 employers across India, a net 19 per cent of employers are anticipating an actual rise in their staffing numbers, while 52 per cent expect no change and 28 per cent are not sure about adding to their existing staff strength.

Despite the modest number, India is the fourth most optimistic nation about hiring plans for the next three months globally.

The strongest hiring sentiment was reported in Japan where 26 per cent of employers were bullish about their hiring plans for the October-December quarter, followed by Taiwan (21 per cent) and US (20 per cent) in the second and third positions, respectively.

"Hiring plans for the next three months vary significantly globally with robust outlooks reported in many large markets while the uncertainty of Brexit and the impact of tariffs contribute to evidence of softer hiring intentions elsewhere," said Jonas Prising, ManpowerGroup Chairman and CEO.

Chinese employers reported a cautious hiring climate in the coming quarter, as a net four per cent employers anticipate a rise in their staff numbers -- their weakest outlook in two years.

"Having a workforce strategy that attracts and retains critical talent and develops new skills will be a key priority across all organisations as industries continue to transform in the months and years ahead," Prising said.

The survey further noted that in India, a sectoral analysis shows, public administration and education employers reported the strongest hiring intentions with a net employment outlook of 27 per cent. While, respectable payroll gains were also forecast in wholesale and retail trade sector (25 per cent) and services sector (22 per cent).

Positive hiring opportunities are expected in manufacturing sector and the mining and construction sector, where outlooks stood at 16 per cent and 13 per cent, and in the transportation and utilities sector at 11 per cent.

Employers in all four regions expect to add to payrolls during the forthcoming quarter. The strongest labour market is expected in the east, where net employment outlook stood at 38 per cent.

Steady workforce gains were also forecast in all the other three regions, south, west and north with outlooks of 19 per cent, 18 per cent and 16 per cent, respectively.

The ManpowerGroup Employment Outlook Survey is conducted quarterly to measure employers' intentions to increase or decrease the number of employees in their workforces during the next quarter.