The RBI started purchasing gold in small quantities from December 2017 after a gap of eight years. 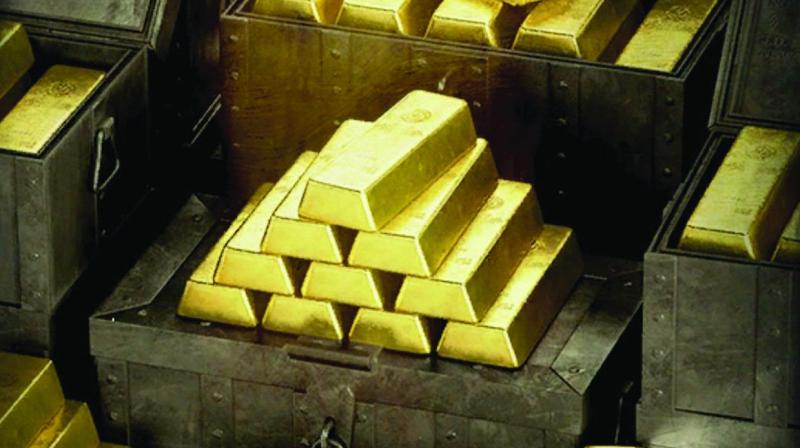 The RBI started purchasing gold in small quantities from December 2017 after a gap of eight years. In November 2009, it had bought 200 tonnes from the IMF.

Chennai: RBI adds 5.6 tonnes of gold to its reserves in April, taking the total quantum to 618.2 tonnes.

With the latest purchase, the RBI has bought 17.7 tonnes of gold from the open market since January this year. It had purchased 6.5 tonnes in January, 1.9 tonnes in February and 3.7 tonnes in March to enter the top 10 countries in terms of the quantum of gold in their RBI reserves. The share of gold in RBI's reserves stood at 6.1 per cent. It was the same even in March, before the bank bought 5.6 tonnes, according World Gold Council data.

The RBI started purchasing gold in small quantities from December 2017 after a gap of eight years. In November 2009, it had bought 200 tonnes from the IMF. Since December 2017, the apex bank has bought a total of 60.2 tonnes. In 2018 itself it bought 42.3 tonnes. Central banks of other emerging nations, including China, Russia and Turkey are the largest buyers of gold.

"Reported net purchases (so far) of a tonne or more totalled 35.8 tonnes in May, 27 per cent lower than the previous month. This brings reported net purchases year-to-date to 247.3 tonnes, 73 per cent higher than the same period last year. Several emerging market central banks—including Russia, China, Turkey and Kazakhstan—have dominated buying for a few years now, and this is still the case in 2019 with those banks the four biggest buyers so far," said Alistair Hewitt, Director of Market Intelligence at the World Gold Council.