If only all of humanity is accepting and kind, this world would be a better place 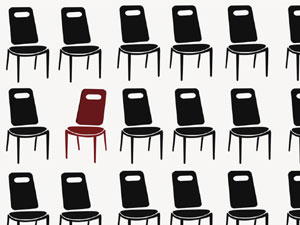 Sliceoflife: There’s no Pride in prejudice

Recently, a picture of bus seats, posted on a closed anti-immigrant group, made waves online, as the members of the group mistook the seats to be women in burkhas! It was a Norwegian group whose name translates to “Fatherland First”, which has about 13,000 members, which was the butt of ridicule. The photo clicked by Johan Slattavik, who says he posted the photo as a joke, asking the members what they thought of it. He says that he did not think that people would fall for the joke. It went viral after it was made public by Sindre Beyer, a Norweigian politican for the labour party, who went undercover and gained access to the group. When he saw the photo and the comments, he decided to expose the racism and hate, by posting screenshots of the comments made by members.

The judgement passed on people, because of how they dress or how they look is very much prevalent in India too. Nobody is immune to it.

When Priyanka Chopra, one of the top Indian actors, who has proven herself not only in her home country, but also in Hollywood, met the prime minister Narendra Modi, in Berlin, she was criticised for not being in “proper attire.” She had worn a dress, which revealed her legs. The comments slamming her are ridiculous, as what she chooses to wear is a decision that is hers alone. It is not for the public to dissect her posture and her clothes. Keyboard criticism is easy. It does not take much effort to type out your dissent in a few words, and hit send, unleashing your disapproval for all to see — and sadly endure — on the social media.

Near Agra, yesterday, a mob of upper caste men lynched an elderly woman, as they said, she looked like a witch who had come to cut off the hair of the women in the village. It was her appearance, which triggered panic in the minds of the people who were intimidated by her white hair and wrinkles. The newspaper reports say that even though the woman identified herself and pleaded for mercy, she was hit repeatedly till she lost consciousness and she passed away on the way to the hospital. An FIR has been filed and the men responsible for the act are absconding.

Years ago, when I was living in a tiny town in the UK, where people were not used to too many Indians, I was always mistaken for a Spaniard. I was amused when people used to talk to me in Spanish or would speak to me in broken English, as they thought that I wouldn’t understand the language. When I would reply back in English, they were astonished, and said, ‘Oh, your English is very good!” I would retort that I would presume so, considering it is the language in which I have authored a few books.

As much as we like to proclaim that we do not judge a book by its cover, we do. Appearances play a large role in how we perceive something. Whether we like it or not, cultural conditioning, deep-rooted prejudices and our own experiences play a role in how we view people. If somebody looks different from what people are accustomed to, there is always a curiosity, and it causes a stir.

When I was in college, we had a few nuns who taught us. One of them was very young and not as strict as the senior ones. The greatest dare, was to surreptitiously lift the habit, which she wore when she was bent over, correcting our papers. There would be whispers and sniggers as the boldest girl in the class, tried to do it without getting caught. If the nun was aware of it, she never showed it and bore all of it with supreme grace and patience. This dare went on till one day she lifted the habit herself, and told us gently and with a smile, “Beneath this, I am just a human being, exactly like you.” The dare and the challenge stopped then, and many of the students apologised to her. She smiled and said that curiosity was natural.

If only all of humanity was as accepting and kind as that young nun, who was wise beyond her years, this world would be a better place.

(Preeti Shenoy is the author of eight bestselling books,the latest being a fiction titled It’s All In The Planets)