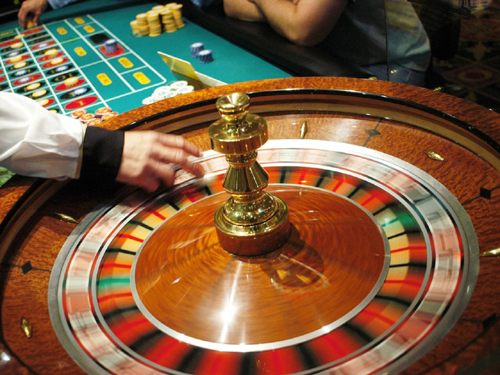 Moneyball: To bet, or not to bet

The Law Commission of India got into a spot of bother couple of weeks ago. Not of its own making, but due to “misunderstanding” by the media. All that the commission did was to submit a report following a directive from the Supreme Court mandating it to study the possibility of legalising betting in the country.

When the report, titled ‘Legal Framework: Gambling and Sports Betting including in Cricket in India’, was submitted in the first week of July, it was followed immediately with headlines across the country which said ‘law commission recommends legalising sports betting in India’.

That was sufficient for few political parties to thrash the LCI, forcing the commission to issue a press release. The clarification to the media spelt out that “vide para 9.7 of the report on page 115, it has been strongly and categorically recommended that legalising  betting and gambling in the present scenario is not desirable and a complete ban on unlawful betting and gambling must be ensured. Again, vide para 9.8, it has been recommended that effective regulation remains the only viable option to control gambling, if it is not possible to enforce a complete ban in order to prevent unlawful activities and the commission has recommended a number of guidelines and safeguards, in the event Parliament or the state legislatures decide to regulate these activities.”

Basically saying that a complete ban must be ensured, but if it is not possible to enforce a complete ban, then regulate it with appropriate guidelines and safeguards. Considering that illegal betting runs in thousands of crores, it is very clear that a complete ban is mission impossible. Hence the option is only to legalise it, with tough regulations. There was never any misunderstanding; it was just the way it was analysed and presented.

Since 2013, when the spot-fixing scandal in the Rajasthan Royals franchise of the Indian Premier League (IPL) hogged headlines, there has been a rise in the voices demanding legalisation of betting, which is but a logical step to gain control over this widespread activity, and simultaneously ensure that the government rakes in taxes from an already existing multi-billion business. The socio-economic factors prevalent in India will play a huge role for betting to be accepted as an industry, but like in other countries where it is legal, the benefits outnumber the ills associated with it.

Fortunately, while the debate on betting and gambling continues and will take some time to reach political conclusion, skilled gaming has benefited and is growing manifold as an industry. Indian law differentiates between games of skill and games of chance, and participation and offering of money in the latter is strictly prohibited. Games of skill are treated differently and they are comparable to any other form of entertainment. In a recent report by Deloitte on ‘Skill Gaming in India: The Changing Landscape’ it mentions that the growth of this industry is assisting in the generation of employment, contribution in the form of taxes to the government and CSR spends.

A game is classified as a skill game based on the outcome of the game which predominantly depends on the skills of the players and not on a chance event and hence is considered legal in all aspects, including in social settings, clubs, casinos and online. Rummy, poker, fantasy sports, horse racing, nap, bridge, are some of the games of skill which are legal.

Majority of the operators in the skill gaming industry are corporate entities registered in India and over the last few years the industry has grown rapidly and the same is witnessed through the increase in revenue of the operators. The report mentioned that the increasing internet and smartphone penetration, income levels of consumers, improving demographics, and rising disposable income are the major factors responsible for the growth.

Though the immense growth is fuelled by access to technology, innovation and changing consumption patterns, the report pointed out that the current status of regulatory landscape and people perception will require the industry to set up policies and procedures like self-regulation, ensuring high standards of corporate governance, integrity and transparency.

These factors were the underlying theme during a ‘Skill Gaming Summit’ held few days ago in Mumbai by The Rummy Federation (TRF). The focus of the summit was two-fold: industry prospects and regulatory outlook, but it was the latter that mattered. The federation even released a code of conduct for online rummy operators. The emphasis was on protecting underage and vulnerable people from playing, ensuring games are fair and transparent, keeping the game clean from fraud and money-laundering, and encouraging operators to conduct operations in a responsible manner.

While the law upholds skilled gaming as a legal activity, the perception around any kind of gaming within India is negative and for it to enter the mind space of everyone as another form of entertainment will take its time. However, companies in online gaming are paving the way for acceptance despite a gamut of challenges.

Their task is being made easier by the demographic that comprise Indian skill-gamers. An average online gamer is predominantly a male between the age of 20-44. The study conducted by rummy operators found that gamers from South India dominate the online gaming format and that mobile phones are the most preferred playing device, followed by laptops.

The economic indicators throw up interesting information: self-employed people running their own businesses and professionals in the junior and mid-management level comprise 78

per cent of the gamers. The fact that only 12 per cent did not disclose to anyone about their online gaming activity is a heartening statistic; it ensures that the likelihood of it becoming an addiction can be curbed as family, friends, colleagues who know about the habit keep a watch on time and money spent.

While there is a lot of difference between skilled gaming and betting, the success of the skilled gaming industry in running a well-regulated business with minimal complaints on any aspect will be a key factor when any government considers legalising betting in sports. The perception value that gaming can be a form of entertainment which can be run efficiently with benefits to all stakeholders, and that any threat to the vulnerable section of society can be minimised to negligible proportions will come into play.

The law commission has stated the obvious in its voluminous report. In fact the commission had even issued an appeal requesting the stakeholders, operators, organisations, state governments, various sports associations and the public at large to respond on various questions related to legalising betting. Interestingly, the general public were of the opinion that betting and gambling should be legalised. The commission itself concludes the report by quoting Justice D P Madon that “as society changes, the law cannot remain immutable” and that “the law exists to serve the needs of the society which is governed by it.” One can safely bet that nothing much can be misunderstood in this conclusion.