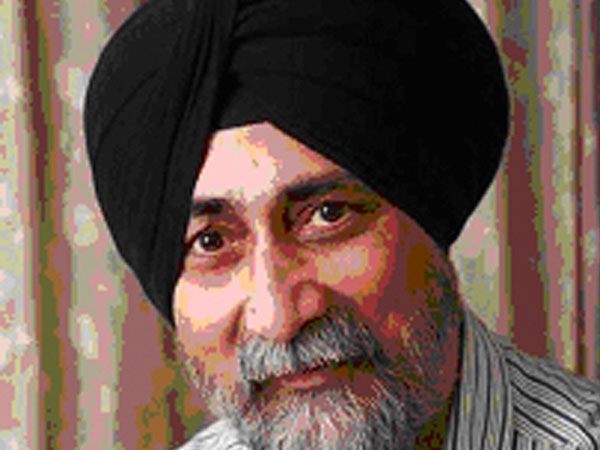 Fresh from the successful rally of about 80,000 farmers in Delhi, VM Singh, the coordinator of All India Kisan Sangharsh Coordination Committee (AIKSCC), explains to Prabhudatta Mishra the need to accept the two demands raised unanimously by all farmers’ organisations. Excerpts:
Is Indian agriculture facing any kind of crisis?

In the last 20 years, more than 3.5 lakh farmers have committed suicide. Is it not a crisis?

What are the reasons behind such a high number of farmers ending their lives?

The minimum support price (MSP) is announced by the government. It is a pledge by the government. In several crops, the MSPs are set lower than the production costs. This means even if the farmer produces these crops, he will bear losses. Then he will take loans. The loan (agriculture credit) has been raised every year and it has reached Rs 10 lakh crore. The farmers have taken loans from various banks and they have no means to repay. A farmer who feeds the nation also has a family dependent on him.

What are your demands?

In 2006, the Swaminathan Commission submitted its report wherein it was recommended that the farmers be paid 50 per cent more than the production cost for their crops. But the suggestion was left in the cold by the government, as it did not want that. What is relevant today is that farmers must get one-and-a-half times returns on their production costs. Had it been accepted in 2007, the farm debt would not have risen to this proportion. Actually the arrears are with the government, which failed to give 50 per cent more than the cost.

Secondly, we want total loan waiver. Not in this piecemeal manner. One state is doing on its own with some criteria while another state has a different set of criteria. It is not benefiting all the farmers.

Is there any estimate of farmers’ debt that needs to be waived off?

RBI and SBI had in the past opposed the idea of farm loan waiver...

All those opposing farm loan waiver are helping the corporate sectors. When NPAs of companies are waived off, does it not affect the economy? How can you take such a view against the person (farmer) who is feeding you? These people (who oppose) are basically anti-farmer and are working for the corporates. Ours is an agrarian society. If lakh crores of rupees are given as wages to government employees or to the PSUs, does it not impact the economy?

The governments in UP, Maharashtra, Punjab and other states have announced loan waiver. Is it not sufficient?

The prime minister had also promised on MSP...

Yes. During the 2014 general elections, Modi made a commitment that he would set the MSP at one-and-a-half times more than the production cost. Not once or twice, he had said this in 309 meetings. What we are saying is just implement what was promised.

You had earlier said the MSP is not even covering the cost of production. The market prices of several crops are currently lower than their respective MSPs. Even if MSPs are raised, how do you ensure that farmers get those rates?

Once the MSPs are raised as per the promise, the government has to come with a legislation prescribing that nobody in this country can purchase below these benchmark prices. The government should have the power to confiscate stocks and put the offenders violating that law in jail.

Is that possible in a free market economy?

Why not? What is the purpose of declaring the MSP? If you are talking about free market, there should not have been the MSP system. It is mandatory that MSPs should be enforced by the state governments. The law should also have a maximum support price beyond which no one can charge the consumers.