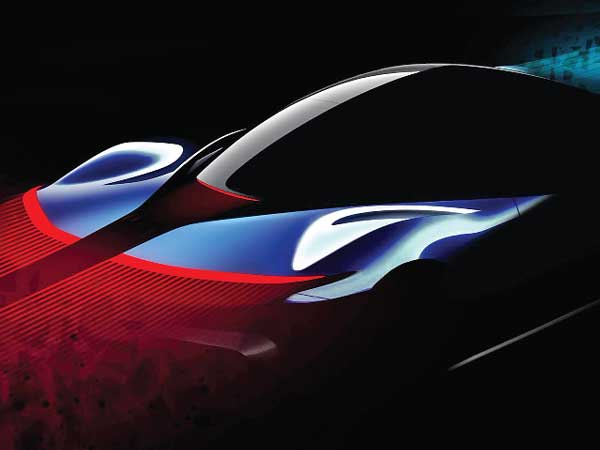 Pininfarina, Famed Designer of Ferraris, Is Building Its Own Car

The history of the auto industry is littered with bold beginnings that never quite lived up to their ambitions. DeLorean, Fisker, Aptera, Coda, Li-Ion, Spyker—all failures.

Pininfarina SpA, the Italian design house founded in 1930 by Battista “Pinin” Farina, has an edge that those also-rans did not: producing cars for almost 90 years. It made its name as a coachbuilder for Rolls-Royce, Lancia, and Alfa Romeo, among others, but earned preeminence in the 1940s with the Cisitalia 202. In 1951 the coupe, esteemed for its elegant hood and roofline, was the first car immortalised at New York’s Museum of Modern Art.

In the following years, Farina’s company worked closely with Ferrari, its most famous partner. Together, they perfected the rear-engine sports car in the 1960s and developed wheel wells that swelled in curvaceous waves to maximize airflow and sex appeal. (Pininfarina was the first company to routinely use its own full-size wind tunnel as part of the design process.)

Today the name is associated with the Ferrari Testarossa and Jaguar XK120, two outstanding supercars that have been lusted after by teenagers—and grownups—for generations.

Now Pininfarina has announced another first. In 2020, it’ll begin rolling out a production car with its newly formed manufacturing company: Automobili Pininfarina. Called the PF0 (that’s “PF zero”), the all-electric coupe will make its debut in March at the Geneva Motor Show.

It’s an attempt by the Mahindra Group, Pininfarina’s $19 billion parent company, to start a high-end car brand. The India-based conglomerate bought Pininfarina for €33 million ($38 million) in 2015 and has since invested an additional €500 million in it.

This isn’t the first time an old car brand has learned a new trick. McLaren Racing Ltd. existed for five decades solely as a small Formula One team before it started making the six-figure road cars it now sells worldwide by the thousands. But the caliber of what Pininfarina promises is rare.

Mahindra is heralding the venture as “the world’s newest sustainable luxury car brand.” According to the company, the PF0 will feature 1,900-horsepower, zero-emissions motors developed through Mahindra’s competitive Formula E racing team. It will hit 62 mph in less than two seconds and reach a top speed in excess of 250 mph. The car will have a range of 320 miles on one charge of its 120-kWh lithium-ion battery pack.

“Social responsibility is starting to take over, and we want to have a sweet spot on the top of the pyramid,” says chief executive officer Michael Perschke. “Our car will be the most powerful Italian sports car ever. And you can drive it without guilt.”

Almost seamless in its design, the car has futuristic curves and the aggressive stance of an Acura NSX. It’s wider than a Lamborghini Aventador and is almost 8 inches longer than a La Ferrari. Pricing starts at $2 million. The company plans to make only 150, with a third of them heading to the US. They’re aimed at drivers who might evaluate them against the Aston Martin Valkyrie and Mercedes-AMG Project One hybrids.

Much of the preliminary marketing will seek to educate buyers about Pininfarina’s new life, an easier task than building brand awareness from scratch.

But if name recognition gives the company an early advantage, it also comes with certain expectations: For a brand synonymous with automotive works of art, “design will be the differentiator,” Perschke said in August at a private preview.

When the car was shown at the  Pebble Beach Concours d’Elegance, it was still in candy shell form, a metal exterior filled with foam. The technology, so far, exists only on the drawing board. But it’s a start. As Perschke noted, “The key for us has to be beautiful cars.”