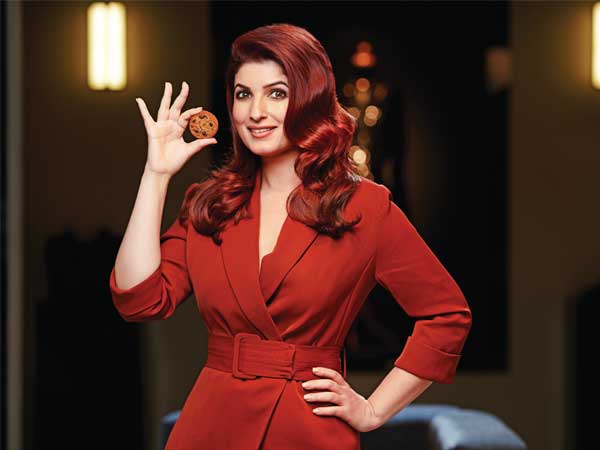 Confectionery major Parle Products expects Parle Platina, it set up to consolidate its premium products, to contribute nearly 50 per cent to its overall revenues in a year’s time.

While the iconic Parle-G continues to be the power centre and synonymous to the brand, ringing in nostalgia across generations, the company relaunched Hide & Seek range as part of Parle Platina in 2017. The Platina range of products includes brands such as Hide & Seek, Milano, Simply Good and Mexitos

Eversince its launch last May, Platina and its premium offerings have come a long way - right from playing an important role in contributing to Parle’s business to finding an all new place in the minds of the consumers, feels Mayank Shah, category head, Parle Products.

Parle claims to have seen a renewed interest among consumers towards its premium offerings. Primarily because consumption patterns have changed in India.

Milano, in particular has witnessed great consumer reception that continue even when the choco and hazelnut variants of the brand was promoted through select chains of outlets.

In super premium biscuits priced above Rs 250/kg, Parle has virtually become a market leader with Platina range having a market share of more than 40 per cent. Shah claims to soon take it to more than 50 per cent within a year.

As Platina celebrates its first anniversary, Parle is going all out to push the division to a new scale, launching hazelnut centre-filled cookie under the Milano range that has been a flagship of sorts for the division and promoting two new TVCs featuring Twinkle Khanna, going on air with the IPL.

The campaign starts out with a message to carve out a special guilt-free crave for a rich, delicious cookie like Milano in a world where perfection is being chased and indulgence is often frowned upon.

The idea that follows is to approach it from an individual’s perspective, bringing out the importance of irreverent self-pampering. “The fact that Twinkle Khanna personally identified with the messaging, further spurred the idea for us to also add the element of ‘There’s a me in every Milano’ in the TVCs,” explains Pallavi Chakravarti, excutive creative director, Taproot Dentsu.

The ads have been shot in a manner to remind people that it’s just okay to listen to your heart, give in to a craving and bite into that all-tempting cookie. Conceptualised by Taproot Dentsu the two TVCs send out a message that a cookie is all about savouring good taste and enjoying a great feeling and not something that is necessarily frivolous.

Says Shah, the brand features in this as an integral part of the TVC narrative, where Twinkle Khanna breaks the fourth wall and shares her own witty take on fitness-related clichés like having a six-pack or a size zero figure, using Milano packs.

Parle has always been innovative about its brands, which is at the heart of its business for almost nine decades and led it to introduce a splatter of unique offerings, claims Shah.

“We introduced India’s first sweet and salty cracker in the form of Krack Jack, India’s first chocolate-chip cookie through Hide & Seek and India’s first ever chocolate filled éclair in the form of Melody, to name a few,” he boasts adding, “While we were happy that our premium brands were being well received by audiences all over the country, we also felt the need to bring in something refreshingly new to our consumers.”

Milano, says Shah, is targeted at discerning and highly self-aware consumers who have a flair for trying out newer offerings. “Extensive research and understanding of our target audience, their evolving tastes prompted us to expand the Milano range, which consequently resulted in India’s first cookie with Hazelnut filling by an FMCG brand,” he says.

With consumers evolving and their needs changing, marketers have to reinvent themselves and calibrate their marketing strategies to meet these needs.

“These new age consumers are seeking exotic and premium products, new formats and innovative offerings as they are progressive in their outlook and well travelled. On the basis of an extensive research, it was observed that Parle needed a rejuvenated approach to talk to consumers of the emerging premium segment,” he explained.

While Parle continues to dominate its position in the mass popular segment, it hopes to adopt a new identity, a new imagery, which resonates with the premium segment consumers and consolidate its position.

“We intend to launch new innovative products and formats - at least one new offering every quarter under the Platina range. This will help us consolidate our market leadership in super premium category,” adds Shah.