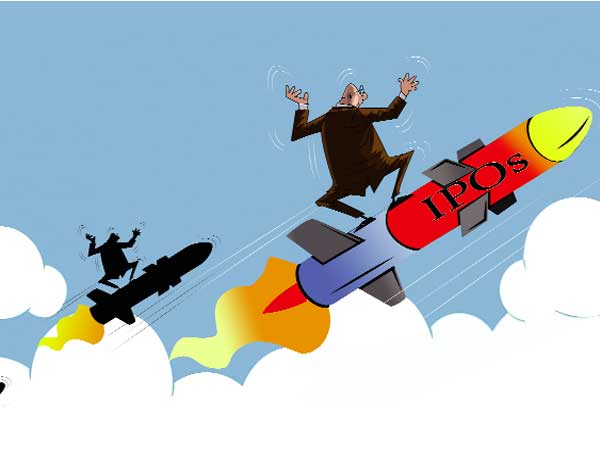 IPOs: The boom will be back

April has been dull for the primary market. No major initial public offerings has hit the capital markets this month, though IPOs from the small and medium enterprises (SME) segment were fairly active with a dozen firms making it to the SME platforms of major bourses. Analysts attribute the lull in main board IPOs to an out-of-the-blue market correction and the earnings season that has kept companies busy with the fourth quarter and year-end working results.

Now that the earnings season has rolled on, merchant bankers are getting ready to file offer documents with the regulator. Analysts say the year 2018 will be no different from 2017, which saw record new issuances.

International law firm Baker McKenzie says India remains one of the most active markets for IPOs globally and is poised to smash the record of 2017 this calendar year. According to Baker Mc-Kenzie, 93 IPOs worth $12.6 billion are in the pipeline for the rest of 2018 while 71 IPOs worth $3 billion have been completed year to date.

The research firm assessed the recent IPO trends amongst Indian companies and has projected IPOs worth $15.7 billion hitting the market this calendar year, 34 per cent more than last year’s.

“In fact, capital raised year to date in 2018 is almost 400 per cent the amount raised in the same period in 2017. By mid-April last year, there were only 40 IPOs that raised $619 million, compared with more than $3 billion raised through 71 listings in 2018 so far,” Baker McKenzie said.

“If pipeline deals move forward for the rest of 2018, the total value of IPOs will be 34 per cent higher than the capital raised in 2017, although there is likely to be a slight drop in the number of deals completed,” it said.

Says Alok Singh, chief investment officer, BOI AXA Investment Mana-gers: "The primary market has been quite vibrant for the last one year. I think, you will see more activity in the primary market as the country needs capital either financed by banks or by the capital markets. Also, the government has realised that disinvestment through (share) listing and selling is a relatively better method. There are many large companies in the government’s basket (for disinvestment).”

Sharing the primary market outlook for FY18, Singh said, “Larger ticket public offerings will be from the government side and smaller from private companies."

But not everyone is gung-ho about the IPO market this year. Some analysts fear the stocks market volatility, seen since the beginning of 2018, may mar the bullish primary market sentiments.

Pranav Haldea, managing director, Prime Data-base, in his outlook for 2018-19, said, “2018-19 is likely to see more volatility in the secondary market, which shall affect fund raising plans of companies as well. While there are 12 companies holding approval from the Securities and Exchange Board of India and wanting to raise over Rs10,395 crore, another 18 companies wanting to raise about Rs 29,282 crore are awaiting Sebi approval.”

Haldea added: “As we have seen in the past, this pipeline may quickly vanish if the volatility and negative sentiment continue.”

However, confident of the IPO boom sustaining on India Inc’s hunger for growth capital, Ashok Lalwani, global head of Baker McKenzie's India Practice, said, “This strong demand for capital is probably our most accurate indicator of the confidence and strength of the Indian corporate sector today. There is a strong sentiment amongst the Indian clients we speak to that while reforms have taken time and there have been a few other hiccups, the business community is quite bullish on the direction of India. While the election will throw up some uncertainty, this newfound confidence means Indian businesses will continue to seek out opportunities to grow, particularly through investments in new and complementary technologies."

Talking about industries/businesses where capital raising was most likely in 2018-19, Lalwani said, “Industrials and consumer goods & services are set to be the most active sectors in 2018, accounting for 50 per cent of the total number of initial public offerings during the year. In terms of capital raising, financials, industrials and real estate are set to be the best performing sectors, accounting for almost 60 per cent of total IPO value for the year.”

“Financials, industrials and real estate will continue to be hot sectors as the pipeline deals in these industries remain healthy,” Lalwani said.

Already 10 SME IPOs have closed this month for listing on BSE and NSE SME platforms, and two more will hit the market this week. Merchant bankers say about 75 SME listings can be expected by September 2018, based on their March 2018 end financials.

The biggest IPO mop-up this year could come from the government. With a disinvestment target of Rs 80,000 crore for FY19, analysts expect the government to list at least eight public sector undertakings, including four railway subsidiaries. Listing of a merged entity of three general insurance companies is also on the horizon.

All told, 2018 promises to be yet another buzzing year for IPOs.