During the July-August-September quarter, office space take-up grew by 2 per cent Q-o-Q to touch 10.4 million sq ft in Bangalore, Delhi-NCR and Mumbai 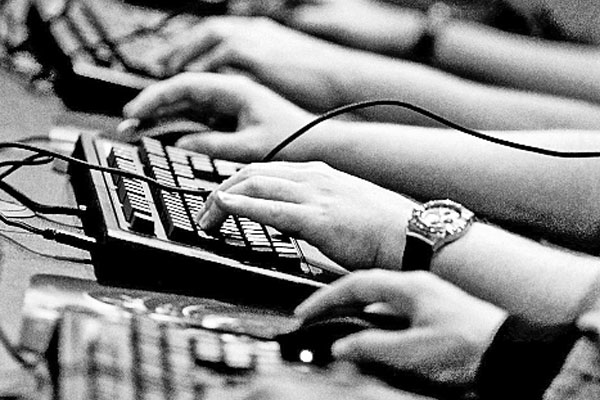 Getting back its mojo

After many years of sluggish and flat growth, the Indian commercial realty mart seems to be slowly getting back on track. Companies are looking for large and medium office spaces and this trend has already resulted in a demand supply gap in Bangalore and Mumbai, say industry observers. During the July-August-September quarter, office space take-up grew by 2 per cent quarter on quarter to touch 10.4 million sq ft in top cities, Bangalore, Delhi NCR and Mumbai, said a recent India Office Market View Report by real estate consulting firm, CBRE South Asia.

As usual, the key growth drivers have been IT/ITES. The sector accounted for 34 per cent of the office space take-up followed by engineering and manufacturing 19 per cent, BFSI 10 per cent, e-Commerce 10 per cent, co-working/business centres 6 per cent while the rest of growth came from other sectors. During Q3, 2017, the new supply addition was 7.2 million sq ft, posting a marginal dip.

According to the CBRE analysis, small to medium transactions or less than 50,000 sq ft range, accounted for almost 90 per cent of all transactions happened during Q3. Participation from US-based companies saw a 2 per cent reduction at 47 per cent from 49 per cent in Q2, 2017. Space consumption by domestic corporates also saw a 7 per cent dip at 30 per cent against 37 per cent in the previous quarter.

However, enterprises from EMEA (Europe, Middle East and Africa) have contributed 14 per cent against 9 per cent last quarter.

Bangalore and Mumbai dominated large-sized deal closures, along with a few deals clinched in Gurgaon, Chennai and Hyderabad.

These were mainly from occupiers belonging to sectors such as IT/ITES, research, consulting and analytics and infrastructure, real estate and logistics. Key large-scale transactions included, space take-up by firms such as Lowes, Atos, Tata Consulting and XM Software.

Co-working operators remained active during the quarter that’s gone by, with both global and domestic players expanding their operations in Mumbai, Bangalore, Delhi NCR and Pune.

Says Anshuman Magazine, chairman, India & South-East Asia, CBRE, “India’s prime office market is evolving at a rapid pace. Occupier strategies continue to focus on consolidation, expansion as well as cost and greater flexibility of office space. The advent of co-working and shared office space formats are also influencing the market to some extent.’’

Limited space availability in Bangalore coupled with sustained occupier demand resulted in rental values going up between 1 per cent – 4 per cent Q-o-q across the central business district, secondary business district and Outer Ring Road (ORR). New supply was recorded in northern Bangalore and ORR. Huge space take up was recorded in ORR, northern Bangalore and Whitefield. The city’s overall space take-up was the highest for the first nine months of the year, followed by Hyderabad.

Points out Ram Chandnani, managing director – advisory & transaction services, CBRE South Asia: “Despite availability of quality, ready-to-move-in office space remaining constrained, overall office leasing continued to be high during the quarter. The sustained interest from EMEA and US companies highlights India’s continued preference as a destination for office space. Going forward, as occupiers continue to future proof their portfolios and hedge against future rental escalations, we can expect to witness a rise in pre-leasing of space across various cities. This shift in occupier strategy, focus on cost and the growing prominence of alternative options like co-working spaces, could impact the demand for office space in the short-term.”

Outlook for Q4 & beyond

Disruptions in the IT/ITES sector, largely led by rising automation of processes, may lead to a slowdown in headcount growth, the impact of which is expected to trickle down to the office sector as well. However, the easing of US’s protectionist stance along with the commencement of the issuing of H-1B visas may subdue the adverse impact of automation in the coming quarters.

“Moreover, we anticipate that other prominent sectors such as BFSI, engineering and manufacturing, research and consulting are likely to constitute a larger share in leasing activity. Occupier demand is also expected from other sectors, including co-working, pharmaceuticals, telecommunications and e-commerce, which is likely to provide an impetus to the demand for commercial space,’’ said the CBRE report.

According to the global realty consultant, office-leasing activity is expected to sustain in the short-term, backed by companies looking at expanding or consolidating their operations.However, CBRE expects leasing activity to be marginally impacted in the medium to long-term. Due to paucity of space in the core micro markets, it expects occupiers to continue moving towards supply-laden peripheral locations. With all cities under various stages of development, rising traffic congestion has become an important factor impacting location strategies adopted by various occupiers.

“We anticipate that infrastructure initiatives (such as completion of new highways, introduction of MRTS services, etc.) would influence occupier preferences and their decision making in the coming quarters,’’ said the CBRE market outlook. On the supply front, a significant quantum of space is expected to be released in the decentralised locations of leading cities over the next few quarters. In case of Bangalore and Delhi NCR, the upcoming developments in 2017 would consist of pent-up supply, scheduled for completion in the earlier quarters.

A review of the data for the first nine months of the year reveals that leasing activity continues to remain robust across key cities. Office leasing activity is expected to sustain in the short-term, backed by companies looking to expand or consolidate their operations.

Moving ahead, occupiers will continue to keep space utilisation and innovation in workplace strategies at the forefront of their expansion plans. Demand and use of co-working spaces is expected to rise with the concept being adopted by corporates who have fluid expansion/occupation plans.

“Supply of commercial space has shrunk as the demand picked up. Corporates looking for large office space and consolidation are not finding ready built spaces and therefore will look at built to suit spaces. Some are adding more seats in their existing office spaces while others are looking at co-working spaces. This trend will continue,’’ said Satish BN, deputy managing director, Vestian Global, a workspace solutions firm.

Colliers International said it expects steady demand for office space in H2 2017 and beyond in the main cities, mostly driven by technology and BFSI sectors.