The fiscal deficit target for this financial year was reduced to 3.3 per cent from 3.4 per cent. 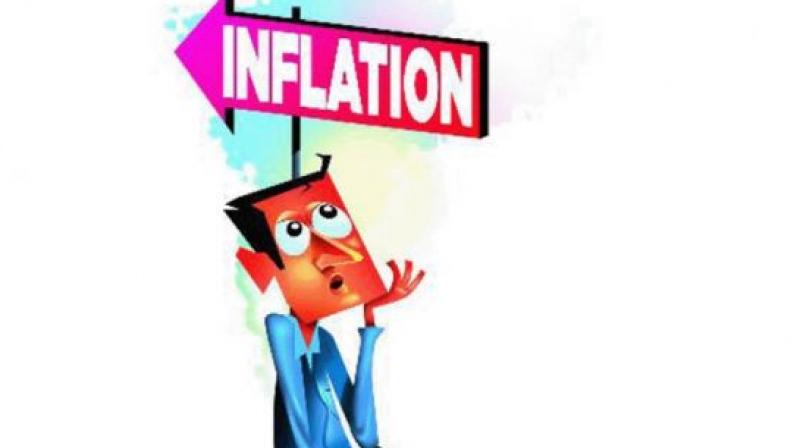 Bengaluru: India’s retail inflation likely reached an eight-month high in June on rising food prices, but stayed under the Reserve Bank of India’s medium-term target of 4% for an eleventh straight month, a Reuters poll predicted.

Another reading below the inflation target will likely support the RBI’s decision last month to cut interest rates to boost economic growth that slowed to more than a four-year low in the January-March quarter.

According to the median consensus of 40 economists polled by Reuters between July 4-7, retail inflation rose at an annual rate of 3.20 per cent in June, up from 3.05 per cent in May.

Food prices which account for nearly half of the inflation basket have been rising since early this year, a dramatic shift from their deflationary path in late 2018.

If the consensus forecast is realised, retail inflation will have been below the RBI’s medium-term target of 4 per cent since July last year.

“A good part of the inflation should be a lift up from food inflation. The pickup remained barely subdued in the grander scheme of things,” said Vishnu Varathan, an economist at Mizuho Bank.

“It has not really picked up in a way that’s going to shake up markets or raise huge concerns for the RBI at this juncture,” he added.

Some economists expect the central bank will cut rates in August for the fourth consecutive time since February to enhance liquidity after the government’s annual budget last week lacked any direct steps to boost the economy.

The fiscal deficit target for this financial year was reduced to 3.3 per cent from 3.4 per cent, and domestic borrowing was estimated at 7.1 trillion rupees.

“(If) you are planning to spend more than what you have been indicating, that could potentially swell the deficit above the target,” said Prakash Sakpal, Asia economist at ING.

“If that is the case, that is going to be potentially inflationary,” he added.