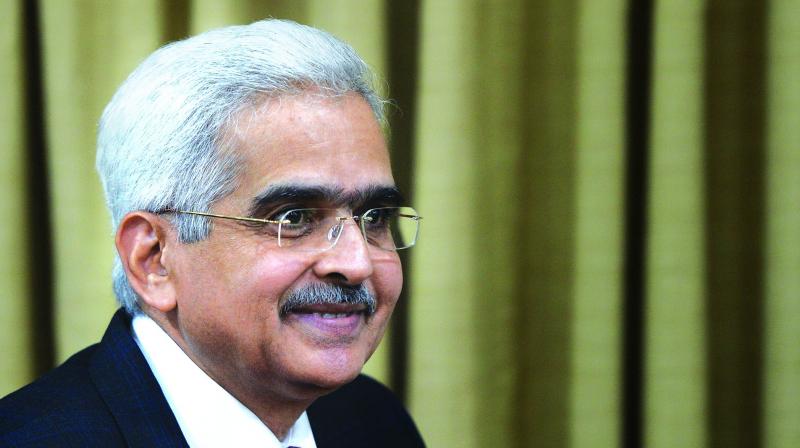 New Delhi: Amid a hue and cry over skyrocketing onion prices, the central bank, on Thursday, hinted that the price of household groceries would remain costlier, leaving the aam admi, juggling with the household budget, in the lurch.

Though rabi crops are picking up and are expected to give good yields to farmers, the banking regulator is still unsure of the price movement due to myriad factors.

Sensing that the inflation outlook would be influenced by multiple factors, Reserve Bank of India Governor Shaktikanta Das said, “Food inflation is likely to go up, while upsurge in prices of vegetables is expected to continue in the immediate months.”

“However, a pick-up in arrivals from the late kharif season along with measures taken by the government to augment supply through imports should help soften vegetables prices by early February 2020,” Das added after the central bank’s fifth bi-monthly monetary policy meeting.

The RBI’s statement comes at a time when prices of the prime kitchen staple have remained over Rs 100-110 a kg on an average in the past few weeks in several parts of the country. Though the government has been trying to bring onion prices down with many measures, such as imports from Egypt and a ban on hoarding, the prices have refused to come down.

The Consumer Price Index, or CPI, inflation spiked to a 39-month high of 6.9 per cent in October, pushed up by a sharp increase in vegetables prices from heavy unseasonal rains. “Prices of onions, in particular, shot up by 45.3 per cent in September and further by 19.6 per cent in October,” the RBI said.

Besides, onion, potato and other vegetables, RBI has pointed out that there are incipient price pressures seen in other food items such as milk, pulses, and sugar likely to be sustained, with implications for the trajectory of food inflation. “Retail inflation increased sharply to 4.6 per cent in October, propelled by a surge in food prices,” it said.

The RBI is of view that rabi sowing is catching up from the setback caused by delay in kharif harvesting and unseasonal rainfall in October and early November. “As compared to last year, when the storage in major reservoirs for irrigation was at 61 per cent of the capacity, this year, the storage is at 86 per cent of the full reservoir level as on November 28. Higher percentage of reservoir level means better availability of water for rabi irrigation,” the RBI said.

Experts have expressed concerns over the sudden surge of vegetables prices and felt that the government needs to pay immediate attention to this aspect. “The retail inflation indicated by the consumer price index has shot up to 4.62 per cent, well above the RBI target ceiling of 4 per cent. This would require caution,” said Joseph Thomas, Head of Research, Emkay Wealth Management.

Suvodeep Rakshit, Vice President & Senior Economist, Kotak Institutional Equities, said, “The December policy highlighted that inflation remains a priority. The flexible portion of the inflation, targeting framework of the monetary policy panel was tested in this policy as headline inflation has seen some transitory increase to around 5 per cent.”