Almost 58 per cent employers have a positive outlook on hiring, while only 10 per cent of employers said layoffs are on the cards. 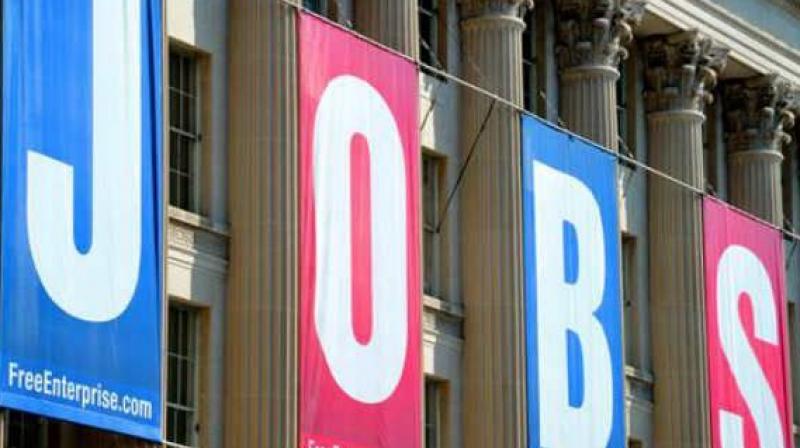 The survey further revealed that northern zone will provide most opportunities for job seekers, followed by other regions. (Representational Image)

Mumbai: Hiring activity is likely to remain steady in 2019-20 as companies will focus on replacement hiring followed by new recruitments, providing opportunities for freshers, according to a survey.

Almost 58 per cent employers have a positive outlook on hiring, while only 10 per cent of employers said layoffs are on the cards, according to the '8th Hiring, Attrition and Compensation Trend 2019-20' survey by Genius Consultants.

Only a few employers have a negative outlook on hiring in this financial year, it said.

The survey further revealed that northern zone will provide most opportunities for job seekers, followed by other regions.

Around 67.52 per cent respondents believe that women hiring will be impacted owing to the amendment to the Maternity Benefit Act 1961 that protects the employment of women during the time of her maternity and entitles her to 'maternity benefit'.

Embracing the importance of artificial intelligence, healthcare sector will create 40 per cent of opportunities in terms of employability, followed by marketing and human resources, the survey revealed.

Stream wise, engineering remains at the top of the list with the highest employability rate, followed by graduates and MBAs, it added.

Moreover, many companies are looking at offering increments to their employees.

Around 46 per cent companies expect increment between 10 to 15 per cent, whereas around 32 per cent think the increment will range between 5 to 10 per cent, it said.

Only a handful of employers think that the increment will be less be than 5 per cent or more than 20 per cent, it said.

Further, the survey said that junior level employees will be more susceptible to attrition than mid-level and senior employees, and western zone will lead in this aspect.