The IHS Markit India Services Business Activity Index improved to 52.7 in November from 49.2 in October. 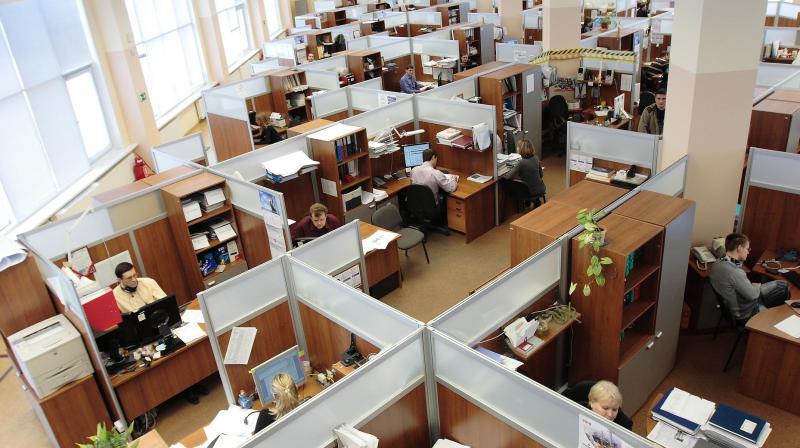 Notwithstanding the upturn, the headline figure remained below its long-run average of 54.2, the survey added. (Photo: Representational)

New Delhi: India's services sector activity returned to growth after two months of decline in November, driven by new business orders, faster job creation and strengthening business confidence, a monthly survey showed on Wednesday but noted that there were signs of "fragility".

The IHS Markit India Services Business Activity Index improved to 52.7 in November from 49.2 in October.

Notwithstanding the upturn, the headline figure remained below its long-run average of 54.2, the survey added.

"Although the services economy shrugged off some of the weakness seen in September and October, the latest Purchasing Managers Index (PMI) results continue to sound a note of caution regarding demand and the underlying state of the sector," said Pollyanna de Lima, Principal Economist at IHS Markit.

Lima further cautioned that "while the sector moved along nicely and looks set for a sustained expansion in December, there were signs of fragility".

"Rates of expansion in sales and activity were mild by historical standards, while the degree of business confidence remained subdued. Also, a moderation in charge inflation, which came despite the strongest upturn in cost burdens for over a year, highlights a lack of pricing power among services firms," Lima said.

On the prices front, the survey said that the average input prices increased solidly in November, with the rate of inflation quickening to a 13-month high. While, average prices charged for the provision of services in India increased only slightly and at the weakest pace since July.

"This relatively weak rise in charges likely supported demand in November, but leads to questions on how long firms can absorb cost increases and sacrifice margins in favour of demand growth," Lima said.

The Composite PMI Output Index that maps both the manufacturing and services sector, rose from 49.6 to 52.7, signalling a moderate pace of increase that was below the long-run survey average.

According to official data, India's GDP growth hit an over six-year low of 4.5 per cent in July-September 2019.

Bankers and experts believe the Reserve Bank of India (RBI) may cut interest rates for the sixth straight time on December 5, to support growth that has continued to slip.