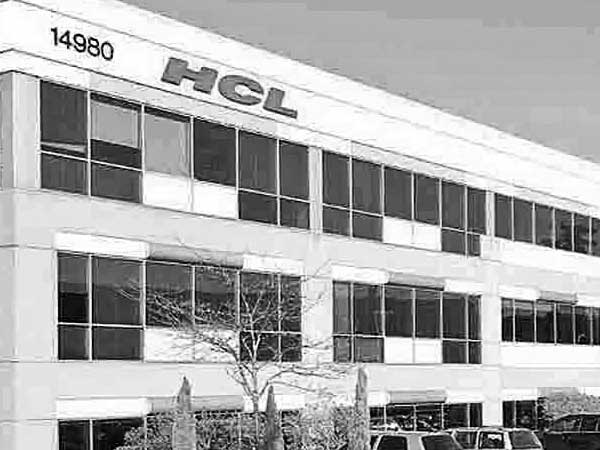 HCL’s $1.8 billion asset buy has the deal street excited. The IT industry is analysing the sector’s biggest transaction. The moot question is: how will HCL chart its future journey.

Foreign analysts that Financial Chronicle spoke to see the deal to buy IBM assets as positive but throw in caution as well.

HCL believes that the product acquisition is the “next logical” step and will help enhance its customer base across the globe. Intellectual property partnership has helped the company build good revenue streams through royalties from partners.

Phil Fersht, CEO HfS Research, a Seattle-based analyst firm that tracks change agent technologies, said HCL has been the canniest of the Indian majors over the last couple of years with its products strategy. It has scaled up its products business impressively, with revenues topping $1b, of which 80 per cent is tied to IBM.

“This move sets HCL up beautifully for the next few years and gives the firm a huge additional client base to penetrate its services. It now needs to invest in additional sales and stronger marketing,” he added.

“Net to net, HCL is a good home for these products — some of the work they’ve done with other tools has been impressive — and they were one of the first to build decent accelerators and (offer) out of the box solutions with ServiceNow. They have the engineers’ elbow grease to get right into the engine room and rebuild it. But the worry is a lot of these tools have better alternatives in the market with a much clearer product roadmap. So they’ll have their work cut out ramping up quick enough,” he cautioned.

According to Fersht, HCL now has the challenge to upgrade and integrate and quickly come to the market with an enterprise productivity suite. All of the old IBM stuff will be polished up and presented as their “digital workplace” in a year and that’s the big job the company has in front of it now.

Ray Wang, principal analyst, founder and chairman of Silicon Valley-based Constellation Research, Inc, said HCL has the beginning of an on-premises software business and in 5 to 7 years it could build its own cloud skills to compete with other companies, becoming a major Indian Software giant in the future.

“I see this buy out as a bold strategic decision to diversify into software as RPA, automation, and AI put pressure on IT Services,” added Wang.

HCL Technologies on Friday said it would acquire a select bouquet of IBM software products for a sizeable sum of $1.8 billion.

It is one of the largest product deals in the Indian tech space and it exposes the country’s third largest tech player to a $50 billion global product opportunity. The deal also gives HCL access to serve and grow 5000+ global enterprises across a wide range of industries and geographies.

C Vijayakumar, president & CEO, HCL Technologies, said that the products being acquired by HCL are in large growing market areas like Security, Marketing, and Omnichannel e-com which are strategic segments for the company.

With this traction, IBM’s seven businesses focused on markets such as e-commerce and human resources will move to the HCL stable. These include Appscan for secure application development, BigFix for secure device management, Unica for marketing automation, Commerce for omni-channel eCommerce, Portal for digital experience, Notes & Domino for email and low-code rapid application development, and Connections for workstream collaboration, as per the information provided on the company website.

“The large-scale deployment of these products provide us with a great opportunity to reach and serve thousands of global enterprises across a wide range of industries and markets. I am confident that these products will see good growth trajectory backed by our commitment to invest in product innovation coupled with our strong client focus and agile product development,” added Vijayakumar.

Over the years, HCL has invested some $1.2 billion into its IP (Intellectual Property) partnership with IBM. The existing licensing partnership between the two companies will continue for five of the products, the company said.

HCL’s chief financial officer Prateek Aggarwal said 48 per cent of the $1.8 billion will be paid by mid 2019 while the remaining 52 per cent will be paid a year after the closure of the deal.

“Basically this will be funded through internal accruals. We expect to liquidate some long-term bonds and fixed deposits, but depending on the time of the closure, we might borrow $300 million to close the transaction. It is a 100 per cent cash kind of a deal.”

Commenting on the outlook he said, “We expect an incremental revenue of $650 million on a run-rate basis in year two after close. Five out of these seven products were already part our partnership with IBM, and therefore the incremental revenue. During year one, it would be $25million, lower due to transition.”

IBM’s decision to sell these software assets would help the company to increase its focus on cloud computing. John Kelly, IBM senior vice president, Cognitive Solutions and Research, said, “Over the past four years, we have been prioritising our investments to develop integrated capabilities in areas such as AI for business, hybrid cloud, cyber security, analytics, supply chain and blockchain as well as industry-specific platforms and solutions including healthcare, industrial IOT, and financial services. These are among the emerging, high-value segments of the IT industry. As a result, IBM is a leader in these segments today.”

“We believe the time is right to divest these select collaboration, marketing and commerce software assets, which are increasingly delivered as stand-alone products. At the same time, we believe these products are a strong strategic fit for HCL, and that HCL is well positioned to drive innovation and growth for their customers,” Kelly added.

Big Blue is trying to become a leader in the hybrid cloud market, which combines software and services delivered over the public internet with similar offerings run on companies’ own servers and data centres.

“The deal is a win-win for both firms. The decision to license the IP was IBM's, but to its credit, Big Blue has found a model where it also benefits — in addition to HCL — on an ongoing basis,” added Fersht.