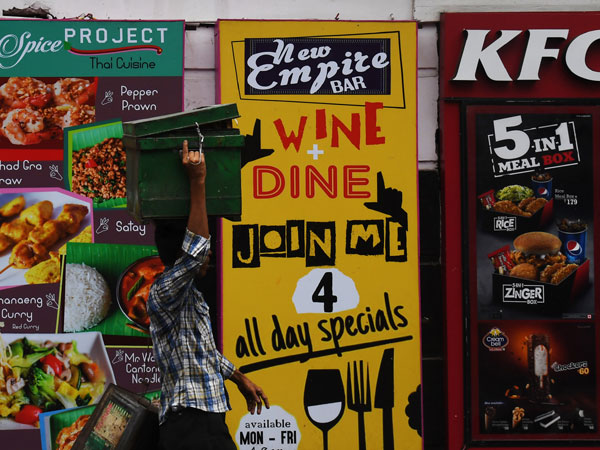 With less than two months to go for the Union Budget and GST collection faltering after a bumper start in the initial month of July, the finance ministry has called a meeting of senior tax officers to devise the strategy to bolster revenue mop-up.

Besides, the measures to improve compliance in the new indirect tax regime would also be discussed with top Central Board of Excise and Customs (CBEC) officers. A CBEC official, who did not wish to be named, said that lower tax collection may be due to tax evasion especially among small businesses who are being controlled by state tax officials. He also blamed the self-seeking attitude of state governments caring little about the Centre's revenue. “Since the Centre has guaranteed full compensation to states in case of a revenue shortfall, states have to bother very little for revenue increase. It now seems that the Centre over-committed to states to accommodate them and reach consensus for GST roll out,” he said.

As per Goods and Services (Compensation to States) Act 2017, states' revenues are fully protected against any shortfall in GST collections. It provides for compensation in case of revenue shortfall taking the base year revenue as 2015-16 and projected revenue growth rate of 14 per cent. Accordingly, a compensation amount of Rs 10,806 crore has been released to all the states for July and August, 2017. The second tranche, or Rs 13,695 crore, is also being released on account of lower revenue realisation for states in September and October.

The crucial meeting of top revenue officers scheduled for Saturday will happen amid concerns of monthly GST revenue falling further due to reduction in tax rate for dozens of items including restaurants and allowing more businesses to be part of the composition scheme.

The GST collection in October fell nearly 10 per cent to Rs 83,346 crore, from over Rs 92,000 crore in September as more and more goods were placed in lower tax slabs. In the GST roll out month of July, the total collection was nearly Rs 95,000 crore while in August, the figure was over Rs 91,000 crore.

Suresh Nandlal Rohira, Partner, Grant Thornton India said that the main reason for decline is the change in rates which happened recently as industry knew about it in advance and accordingly supplies were deferred.

“Then, in the initial months supplies were at full scale to meet festive season demand and, as a result, collections were high. But now it seems to be heading towards stabilisation though there could be some blips,” Rohira added.

The lower revenue collection is worrying for the government given its bearing on the fiscal deficit which is already under stress. As per the latest government data, fiscal deficit rose to 96 per cent of full-year target at the end of October. “There are two ways of driving up tax collection. Either you raise tax rates or enhance scrutiny to ensure better compliance. As it is, the GST Council has the powers to change rates, and we can only maximise compliance and check evasion. We cannot ask an assessee to launch a new product or raise MRP,” said a tax officer.

Noting the downward trend in GST collection finance ministry last week said that because of the first time requirement of paying IGST on transfer of goods from one state to another state even within the same company, there was an additional cash flow of IGST in the first 3 months.

“As and when the final transaction of these goods takes place, the credit for IGST is being utilised for payment of SGST and CGST and therefore, the inflow of new taxes is low,” a finance ministry statement said.

Further, since the overall incidence of taxes on most of the commodities has come down under GST, it would naturally have some implication on the revenues of the government.

“The tax administration of GST is now based on self-declared tax return, in which the assessee decides on his own how much tax liability he has and claims input tax credit as per his own calculations. Since implementation of some of the main features of GST such as matching of returns, e-way bill as well as reverse charge mechanism have been postponed the tax compliance may not be up to the mark,” the finance ministry said.

A Kotak Research report recently pointed out that that GST collections, till November 27, remain well below the desired level of indirect tax collections (excluding the excise duty collections on petroleum products/basic customs duty). Additionally, compliance remains low (around 50 per cent) and is unlikely to increase significantly till the complete framework is implemented fully.

“For the central government, there has been a significant amount of revenue slippage compared to the budgeted levels. Our calculations indicate that the government required a monthly run-rate (including petroleum products) of around Rs 75,000 crore from July 2017 to March 2018. We estimate that the average run-rate has been around Rs 50,000-55,000 crore; much lower than the required, till now,” it said.

The total number of GSTR 3B returns filed for the return period July, August, September, and October 2017 till November 26 are 58.7 lakh, 58.9 lakh, 57.3 lakh and 50.1 lakh respectively. A total of 95.9 lakh businesses have registered under GST. Out of this, about 15.1 lakh are composition dealers who are required to file returns every quarter.

Under composition scheme, small taxpayers having annual turnover of up to Rs 1.5 crore are required to pay a flat GST rate of 1 per cent on their annual revenue. It covers manufacturers, traders and restaurant owners. The composition scheme is relatively easier in terms of compliance and requires taxpayers to file returns quarterly instead of monthly as in case of other assessees.