The Centre has rejected Apple Inc’s request for certain concessions in excise and import duties on material and component. It leaves the Cupertino-based tech major in a quandary over starting a manufacturing facility for iPhones in Bangalore. 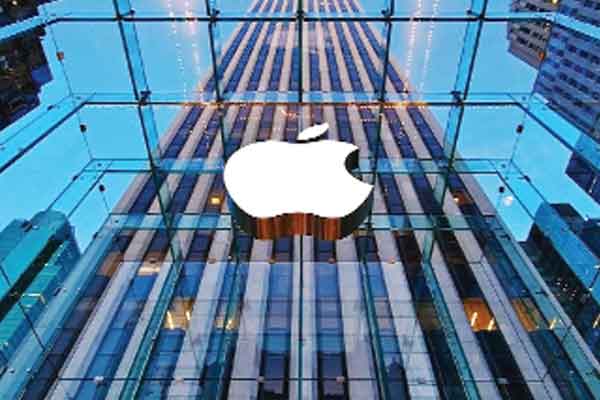 Apple in a jam as Centre says no to sops

The Centre has rejected Apple Inc’s request for certain concessions in excise and import duties on material and component. It leaves the Cupertino-based tech major in a quandary over starting a manufacturing facility for iPhones in Bangalore.

The centre has rejected Apple’s request for tax and duty relief a few days ago, confirmed Karnataka IT minister Priyank Kharge, who is primarily instrumental in getting an on-the-ground commitment from Apple to invest in India.

“No company is asking for free lunches these days. They are only seeking some time-bound subsidies and incentives to start producing from India,’’ said Kharge.

The minister told Financial Chronicle, “The central government has been loudly flaunting Make in India message last few years. At the same time they don’t want to encourage and support high-end electronics manufacturing firms. Is our government serious about Make in India, or is it a fake campaign, I wonder. Without proper support from the Centre, no electronics manufacturing players can enter the country. State governments can only be facilitators in terms of office space and required infrastructure. The real push has to come from Delhi, which is clearly missing.”

No comments from Apple could be obtained.

It was in May this year that Apple had decided to take the much-hyped ‘Make in India’ route with its iPhones. As a precursor to its manufacturing foray, it set up an assembly unit at Peenya, on the outskirts of Bangalore, to assemble iPhone Se (its most popular and powerful phone with a four-inch display), in collaboration with Taiwanese electronics manufacturing firm, Wistron.

The plan was to ramp up its operations further in the country by setting up a ph?one manufacturing facility. Accordingly, the company sought certain tax incentives and excise/import duty reli?ef, which were turned down by the commerce ministry.

Apple had asked for several tax and other incentives to start manufacturing from India. Some of the pre-requisites it submitted to the ministry include: A 15-year customs duty holiday on import of iPhone kits, new and used capital equipment, and consumables — to establish an iPhone production facility in India; full duty exemption on manufacturing and repair inputs (raw materials), yield loss on inputs, components, capital equipment (including parts), and consumables for smartph?o?ne manufacturing and services/repair for 15 years for both domestic and export markets. It has also sought duty cuts on components, completely knocked down and semi knocked down units of iPhones.

Apple also sought inclusion of ‘used’ capital goods, spare parts and components under the scheme for duty free imports. The EPCG scheme forbids import of second-hand capital goods or spares, Apple said in its list of requirements filed to the ministry.

The company also asked the government not to levy extra taxes or impose fresh barriers on import of finished goods in the GST reg?ime either. “As GST would subsume all indirect taxation and the government will be looking at keeping a differential to provide an advantage to local manufacturers, we would strongly advocate for the government not to impose any additional hurdles or taxes on the importation of finished products,’’ said Apple in the list of pre-requisites.

Kharge said Apple’s entry as a manufacturer would fo?s?ter cutting edge technology ecosystem and supply chain development. It’s critical for India to compete globally. So, this is not just about Karnataka and we need this ha?ppening for India as whole.’’

Apple is keen to increase its foothold in India, where it has a market share of 2 per cent. It sells iPhones and other gadgets through its licensed distributors. Local manufacturing is expected to help Apple price its phones more competitively in India as it currently attracts additional duty on imports. It may be recalled that Apple CEO Tim Cook had met prime minister Narendra Modi in May to discuss the possibility of manufacturing  phones in India.

The government of India has taken a number of measures to encourage domestic manufacturing in the country and is actively engaged in resolving the issues raised by Apple. In this regard, series of meetings were held with stakeholder ministries/departments namely Department of Commerce, Department of Revenue, The ministry of Electronics and Information Technology and the Ministry of Environment, Forest and Climate Change. All the departments are positively inclined to the proposal.