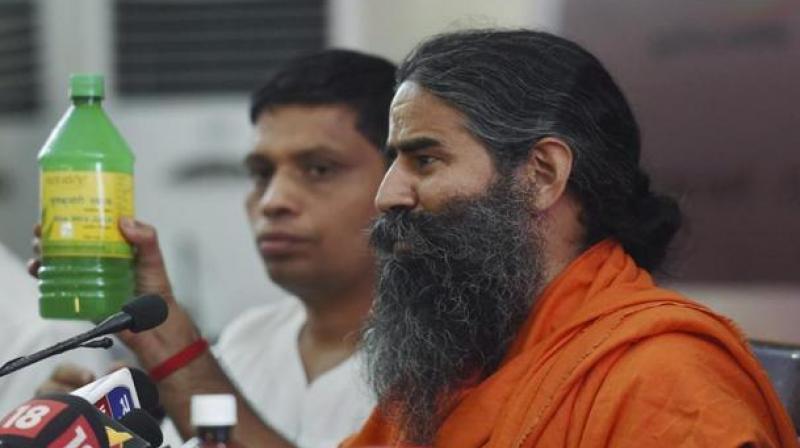 The company has already secured required total debt from a consortium of banks led by State Bank of India. (Photo: PTI)

New Delhi: Baba Ramdev-led Patanjali Ayurved on Friday said it has already tied up loan worth Rs 3,200 crore from a consortium of lenders led by State Bank of India to fund its acquisition of Ruchi Soya through insolvency process.

"The company has already secured required total debt from a consortium of banks led by State Bank of India," Patanjali Ayurved Managing Director Acharya Balkrishna said in a statement.

Ruchi Soya told the NCLT that resolution applicant Patanjali group will infuse Rs 204.75 crore as equity and Rs 3,233.36 crore as debt. The amounts will be infused into a special purpose vehicle (SPV), Patanjali Consortium Adhigrahan Pvt Ltd, which will be later amalgamated with Ruchi Soya.

Another Rs 900 crore will be infused by the Patanjali group through subscription of non-convertible debentures and preference shares in the SPV. It will also provide a credit guarantee of nearly Rs 12 crore.

On April 30 this year, a committee of creditors had approved Patanjali group's Rs 4,350 crore resolution plan to take over Ruchi Soya. Lenders will have to take a haircut of around 60 per cent.

Shailendra Ajmera of EY was appointed as resolution professional to manage the company's affairs and conduct insolvency proceedings.