As for the healthcare sector, Apollo Hospitals Group MD Suneeta Reddy said, 'The prognosis is positive.' 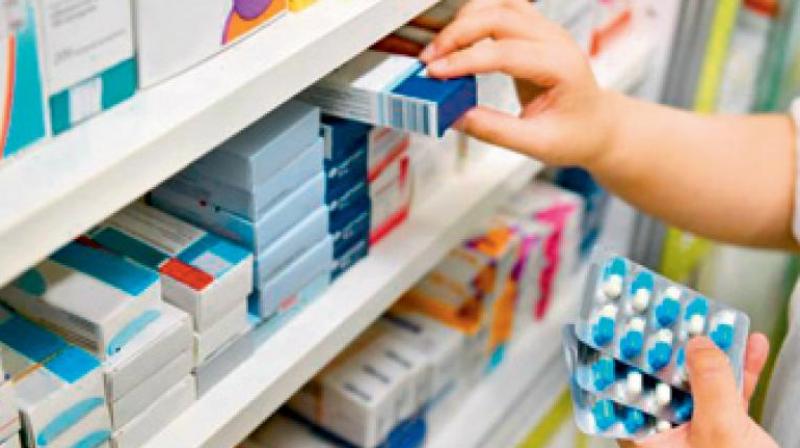 The next wave of growth could come from increasing exports to large markets such as Japan, China and Africa among others. (Representational Image)

New Delhi: Nourished by increasing spending, improving accessibility and growing exports, India's pharma and healthcare sector is poised for another year of robust growth even as pricing and cost headwinds could force players to pause to catch breath.

The next wave of growth could come from increasing exports to large and traditionally under penetrated markets such as Japan, China, Africa, Indonesia, and Latin America, which would help the industry meet its aspiration of becoming the world's largest supplier by volume, according to pharma industry body Indian Pharmaceutical Alliance (IPA).

Experts said improved access to medicines in India and exploring new markets while maintaining thrust in the US will help the country's pharma industry to record double-digit growth in the coming year.

However, the sector, specially pharmaceuticals, will be up against headwinds of increased costs related to regulatory compliances, particularly for the US market, price controls across markets and mandatory genericisation in India.

"The Indian Pharmaceutical industry is a sunrise industry with a competitive advantage for India. We should leverage India's position by unleashing entrepreneurial spirit through policy stability and ecosystem," IPA Secretary General Sudarshan Jain said.

The bullish outlook for the sector is also reflected in the forecast by rating agency Icra, which has projected the Indian pharmaceutical industry to grow around 10-12 per cent between FY2019 and FY2022 while maintaining a stable outlook on the sector.

It cited abating headwinds from pricing pressure in the US (which is the largest regulated market), stable growth for the Indian market driven by increasing healthcare spending and better accessibility as likely key growth drivers for the Indian pharma companies, coupled with comfortable balance sheet structure.

As for the healthcare sector, Apollo Hospitals Group MD Suneeta Reddy said, "The prognosis is positive."

The optimism is driven by the Indian government's thrust on universal healthcare through Ayushman Bharat and an increasing number of middle-class seeking quality and affordable healthcare, along with the ability of private payers to attract global patients.

Reddy said the private Indian healthcare providers are also ready to play their part in accelerating the country's economic growth.

"... the sector is capable of delivering strong impetus for India's economy at a time when the country needs to hear good news on the economic front," she noted.

Reddy cited the ability of private healthcare providers to create five direct jobs plus many more indirect jobs per bed, two and half times multiplier on capital invested along with global prestige and stature driven by the Medical Value Travel programmes as key strengths of the sector.

Having gone through 2019, during which domestic drug firms came under the scanner of the US health regulator -- US Food and Drug Administration (USFDA) -- which red-flagged homegrown majors like Aurobindo Pharma, Torrent Pharmaceuticals, Glenmark Pharmaceuticals, and Cadila Healthcare, among others for lapses at their facilities, the challenges remain real.

Most of the domestic-focused companies saw healthy traction in revenues on the back of market tailwinds, he said. The US business has proved to be a tough task for yet another year as structural headwinds still persisted despite the flattening out of price erosion at 5-6 per cent as compared to steeper falls in earlier years, he added.

Max Healthcare & Radiant Life Care Chairman & MD Abhay Soi said in 2020, the global and domestic demand for quality and cost-effective healthcare services is expected to grow further. The Indian healthcare sector has the potential to be amongst the highest revenue and employment generator for the country.

"A shift towards patient-centric quality care, enhanced use of technology in delivering care, and higher share of India in medical tourism are some of the dominant trends which the Indian healthcare sector is going to witness in 2020," he noted.

As for the service providers, he said,"I believe, in 2020 and onwards, the main differentiator would be patient care and service. Healthcare institutions would be focusing on all the key touchpoints of the entire patient journey".

Highlighting the priorities, Healthcare Federation of India (NATHEALTH) President Sudarshan Ballal said that in 2020, 'Health for Healthcare' would be the main mantra for all stakeholders including policymakers and regulators.

"Balancing sustainability, improving quality, and value creation would be the top priorities for the sector. There is a need for quality healthcare to be delivered to everyone in India, hence incentivising capacity building in Tier II & III cities would go a long way in achieving the goal of universal healthcare," he added.

Healthcare in India is on the cusp of significant transformation -- demographic, regulatory, technological and financial -- Organisation of Pharmaceutical Producers of India (OPPI) President A Vaidheesh said.

Indian government's thrust on universal healthcare through Ayushman Bharat and an estimated 140 million households expected to enter the middle class in the next decade, not only increases the consumption of healthcare services but also has an impact on healthcare demand and a significant uptake inpatient volumes, he added.

While it seems all hunky-dory, medical devices manufacturers want issues affecting them to be addressed satisfactorily.

Medical devices makers' body, AdvaMed Vice President Abby Pratt said it would urge the government to promote the adoption of global harmonisation, including internationally recognised standards, that would not only help ensure the quality and efficacy of products but also enable an ecosystem for manufacturing, research, and innovation for benefits of patients in India.