India Inc's net sales growth for the June quarter slid to 4.6 per cent as against 13.5 per cent for the same period last year. 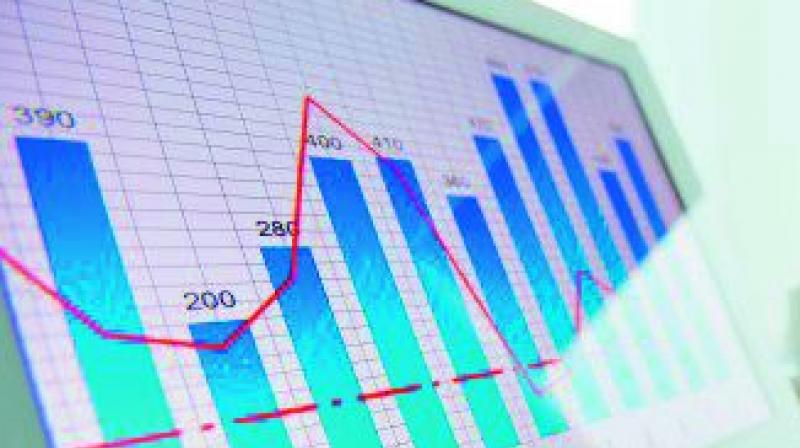 The findings are based on an analysis of 2,976 companies which have reported their quarterly numbers by domestic rating agency Care Ratings.

Mumbai: The ongoing economic slowdown has started hurting corporates as well, with companies reporting a sharp decline in both revenue and profit growth numbers in the June quarter, a report said on Wednesday.

India Inc's net sales growth for the June quarter slid to 4.6 per cent as against 13.5 per cent for the same period last year, while the net profit growth moderated to 6.6 per cent as compared to last year's 24.6 per cent.

The findings are based on an analysis of 2,976 companies which have reported their quarterly numbers by domestic rating agency Care Ratings.

"The first quarter of the fiscal year 2019-20 has been marked by disappointing and weak corporate earnings indicative of the overall slowdown in various industries and the economy," it said.

In what can be termed as a silver lining, the broader economic woes do not seem to have had an impact on the orgnaised sector jobs, as the employee expenses growth continued to be stable.

Employees compensation grew 10.6 per cent as compared to the year-ago period, the study showed.

It can be noted that GDP growth slid to a five-year low of 5.8 per cent for the March quarter and is widely expected to come lower for the June quarter. There have also been reports of jobless growth and a skewed nature of economic growth, where the "have-nots" are being left behind.

From the operating profit growth perspective, the Care Ratings study showed a slide down to 4.1 per cent in June quarter as against double digit growth last year.

However, the operating profit margin was stable at about 20 per cent level, it said.

Excluding banks and financial sector companies, a survey of 2,574 entities showed tax outgo declining by 19 per cent during June quarter, as against a robust 52.3 per cent growth in the year-ago period.

The profit after tax for these companies fell by 11.9 per cent during the same period, as against a growth of 52.9 per cent registered in the year-ago period.

It can be noted that a slew of business leaders, including doyens like L&T chairman A M Naik and Bajaj Auto's Rahul Bajaj have been flagging concerns on economic growth and its impact on the corporates as well.