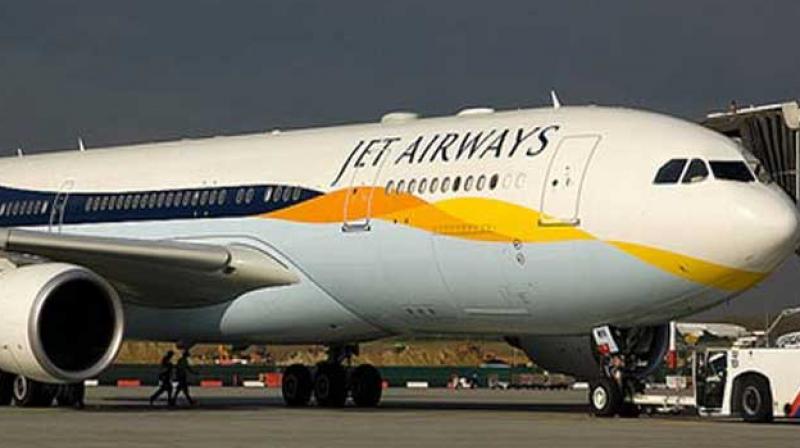 We direct the committee of creditors to take a decision to float expression of interest (EoIs). We direct them to expedite the process, the Mumbai bench of the National Company Law Tribunal (NCLT) said. (Photo: Representational/PTI)

Mumbai: The NCLT on Thursday directed the Committee of Creditors (CoC) of Jet Airways to expedite their decision on seeking fresh EoIs in view of new interest being shown for the grounded airline.

"We direct the committee of creditors to take a decision to float expression of interest (EoIs). We direct them to expedite the process," the Mumbai bench of the National Company Law Tribunal (NCLT) said.

The RP on December 17 had told the tribunal that until now two investors have shown interest in the airline.

The tribunal, comprising Bhaskara Pantula Mohan and Rajesh Sharma, also urged the South American Synergy Group, which has submitted an EoI, to expedite its decision on Jet Airways.

The bench told the representative of the Synergy Group, who was present at the hearing, to expedite their due diligence as the 180 days' time period for submission of resolution plan already ended on December 16.

"We expect the Synergy Group to do their due diligence at a faster pace. Once you have any positive decision put some earnest money deposit to show, which will show positive intention in reviving the defunct airline," the tribunal said.

The representative of the Synergy Group said the company wants to comply with the tribunal's directions, but it also has to ensure that it takes the right decision on behalf of its stakeholders.

"We understand the urgency of the matter. However, we will require a little bit more time to arrive at the conclusion that this is the right decision on behalf of the stakeholders," he added.

He said the company sees a good opportunity in Jet Airways, given some issues are resolved.

"Some of the criteria that needs to be resolved are that we are looking to float a new company free of all legacy liabilities of the erstwhile Jet Airways. We may want to look at partnering with an Indian partner. We also expect clarity on getting back Jet's airport slots, especially the domestic slots and seek further clarity on the Heathrow, London, slots," the Synergy Group representative told the tribunal.

The tribunal fixed January 8 as the next date of hearing.

After Jet Airways went bust in mid-April, the government temporarily allotted the hundreds of airport slots owned by it to other carriers, with an aim to contain soaring airfares in the peak holiday season.